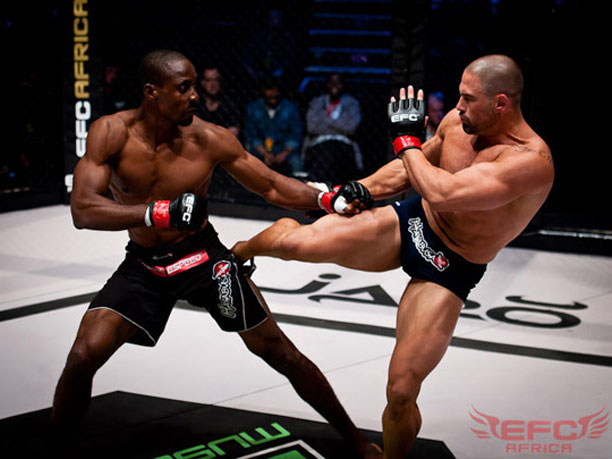 Johannesburg (South Africa) – On 14 April, EFC AFRICA delivered a show that went down in African MMA (mixed martial arts) history as the dawn of a new era

Five full hours of the best sport combat that the continent has ever seen played out in front of a sold out Carnival City Big Top arena, and thousands more fans across SA thanks to Nu Metro Cinemas. On top of that, untold numbers of fans logged on for the free live streaming video and no doubt took home a newfound appreciation for African MMA. 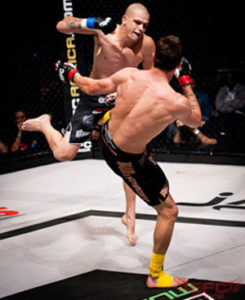 For an event that could have been carried by the undercard fights alone, EFC AFRICA 08 was not just a leap forward for EFC AFRICA, the main card bouts also offered a glimpse of the future of the sport. The new breed of elite athlete that has risen to the top of Africa’s premier MMA promotion redefines what the word ‘champion’ means. In dramatic fashion, Adam Speechly once again defeated Nolan Swanepoel, but this time Speechly went home with the EFC AFRICA welterweight title as well the Submission of the Night bonus after 5 minutes 27 seconds of blistering action. 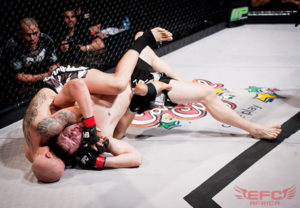 In the main event, two extraordiary warriors, Garreth McLellan and Jacques Joubert, fought to a standstill and made EFC AFRICA history by reaching the fourth round. Deep into the epic clash, Joubert’s ground game was found wanting and he was forced to tap out. Although tension surrounded the two before their fight, it was confined to the cage, as McLellan gave heartfelt thanks to his opponent for the fight of his life. In a fitting tribute to the main-eventers, McLellan and Joubert were awarded Fight of the Night honours. 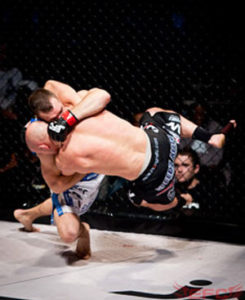 Knockout of the night went to Alex Cheboub, whose unorthodox upkick, followed by two devastating elbows, left Mark Jones bereft of his senses at 3:32 in round one of their lightweight bout. Heavyweight behemoth Ruan Potts emerged victorious from his battle with DRC’s Obutobe Baygon. As Potts’ hands lifted in victory, current heavyweight champion Norman Wessels entered the ring and it was announced that the two would face off in June to determine who the undisputed EFC AFRICA heavyweight champion will be. 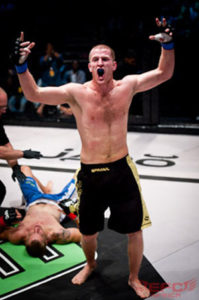 Further highlights too numerous to mention filled a star-studded event. However, the best is yet to come, as EFC AFRICA is committed to exceeding all expectations and surpassing the historic milestone set by EFC AFRICA 08. EFC AFRICA 08 was presented by MusclePharm. EFC AFRICA 09 takes place at the Coca-Cola Dome on 30 June.