Hollywood Knows How to Dazzle 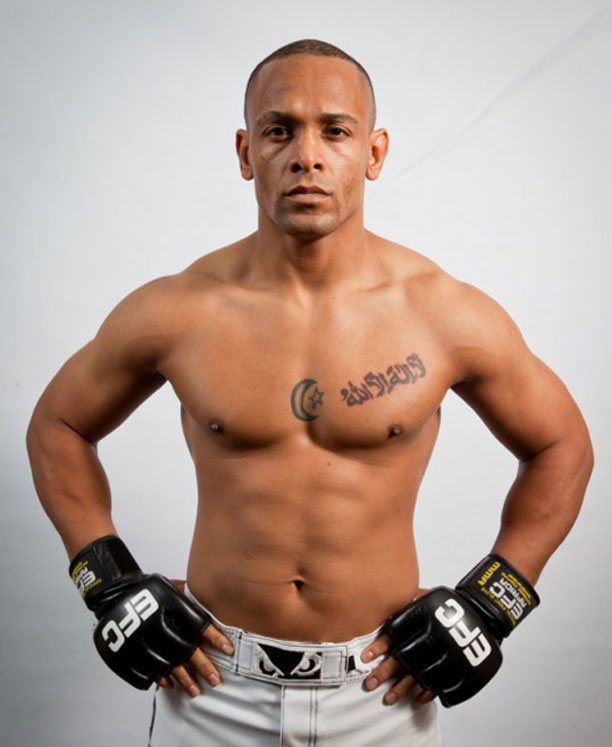 With his laid-back wit and cool confidence, Abdul ‘Hollywood’ Hassan is bound to make an impression at EFC AFRICA 10. The Durban native has martial arts experience in a number of disciplines and his competitive career stretches back over a decade. On 1 September he will make his EFC debut against fellow grappling specialist, Francois Groenewald, and promises to bring the best of ‘Hollywood’ to Carnival City.

How did you get your fighting name?
When I fought at King of the Cage in November 2010 I was asked if I had a fighting name. I didn’t, so the MC said he’d give me one after my fight. I won in spectacular fashion with a roundhouse kick to the head, instant KO about a minute into the fight, and the MC was like “Ok, you’re Hollywood!”

Being a renowned grappler, how did you get your introduction to Brazilian Jiu-Jitsu?
I spent time in Zim 10 years ago and one of the few contact sports I could find was Judo. I trained for about 9 months before coming back to SA. A couple of the guys I was training with suggested I enter a jiu-jitsu tournament, so with less than a month’s experience I did. I remember walking around backstage asking guys what an armbar was. When it came time to fight I used my judo knowledge of holds and positioning to whip the champ, a third dan black belt.

What do you know about your opponent, Francois Groenewald?
I think someone said he does jits at Rio Grappling Club in Springs. Well I’ve been to Rio, Brazil, trained extensively with Gracie Barra, Master Feitosa, Tata Fight Team, made it to the BJJ world championship semi-finals and put their state champion in hospital. My advantages in this fight, besides my good looks, are my BJJ brown belt and my experience in many martial arts. All the techniques Francois’ going to try on me I’ve probably learnt, forgotten, and learnt again in the time I’ve been training. But he’s apparently not too bad on the ground so I’m looking forward to a good jits match.

Which fight has been the toughest so far?
Two come to mind, both against Quinton Arendse. The first time we fought we battled for a full 15 minutes and it was declared a draw. In the second I was badly out of shape but I still tried hard until I gassed and he got the win. We’re really good friends now, I was talking to him the other day and he’s in Japan but wants to fight at EFC too!

Have you ever been to an EFC AFRICA and what do you expect?
I’ve seen a couple of EFCs at home via online streaming. The show looks great but that’s not what’s important to me, I just want the belt. I’m not here to make friends, I’ve got enough of those, I’m here to take what’s mine, the title.

What’s it like being the brother of SA MMA pioneer and Gorgeous Boyz Hardcore (GBH) coach Rhyne Hassan?
He’s a fantastic coach and he’s the one that really convinced me to give EFC a shot. We come from a family of 6 brothers and he’s the second oldest. I’ve seen him knock a lot of people out and you could say that he inspired me to get into MMA, but I prefer to think that I made him the fighter he is today by causing a lot of trouble and then calling him to come help out.

Is there anyone you’d like to thank or mention?
I’d like to give a huge thank you to Bad Boy for sticking by me for over 10 years, flying me to Brazil and helping me out even when people said I would never compete again. I’d also like to thank Greg, from Keys on Florida, and Mr Khan from IDV Motor Parts. Last but not least, thank you to my wife, who has really pushed me hard for this fight. With the amount of effort she’s put in, you’d swear she’s the one getting into the cage.