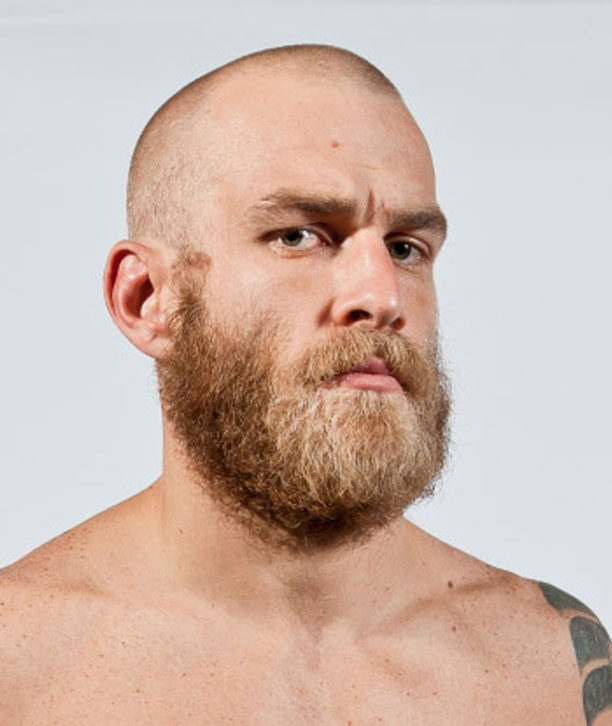 Johannesburg (South Africa) – With two weeks to go until new champions emerge at EFC AFRICA 10, fight predictions are being traded thick and fast. A number of EFC AFRICA athletes were eager to give their professional opinions on the title contenders and the evening’s two additional main card bouts, but never before has it been such a struggle to pick winners. To find out how these monumental clashes end, don’t miss EFC AFRICA 10 on 1 September at Carnival City. Below are some of the thoughts and predictions for the main event fights SPEECHLY vs. JAKOBI, GLOSS vs. PENA, SWANEPOEL vs. MYNHARDT and BAGATTIN vs. VAN STADEN

“Adam proves time and again why he’s the champion. He’s calm and comfortable in the cage and he has the ability to pull exceptional submissions out of nowhere. But Dallas is hungry and in impeccable shape. His coach Rhyne Hassan is able to dissect opponents and put great plans together, and Dallas will probably be the physically strongest opponent Adam has ever faced. Dallas also has vicious ground ‘n pound and if he can impose his will he has it in the bank. Although I might be a bit biased because he’s also a Durban boy!”

“Demarte is an extremely driven youngster with a good ground game and I don’t think he’ll be scared to stand with Leo. Leo, well, he’s Leo Gloss and he really comes to fight every time. He’s also always developing, which he showed against my teammate Charlie Weyer in his last fight. I think this one could sway Leo’s way.”

“I think Nolan’s talent has been overshadowed by his losses to Adam; he only has two losses and they’re both to the champ! Nolan is a great fighter and his skills are going to come through in this fight. But Leon is probably the best stand-up fighter you’ll find and his ground game has improved a lot. He’s a tough guy and he’ll take on absolutely anyone. This will be a technical fight and it’s anyone’s game. So tough to call but maybe Leon.”

“This will be a great fight to watch. Martin is always game and he has so much experience behind him. He’s coming off a bit of a bad run previous to joining EFC AFRICA but he seems back on track and he’s the type of guy that just keeps coming until either he or his opponent can’t move anymore. Dino is also a great, skilled fighter and he’s put in serious training to make this an electrifying bout. I can’t pick so if I have to choose I’ll go with the Durban boy, Martin.” 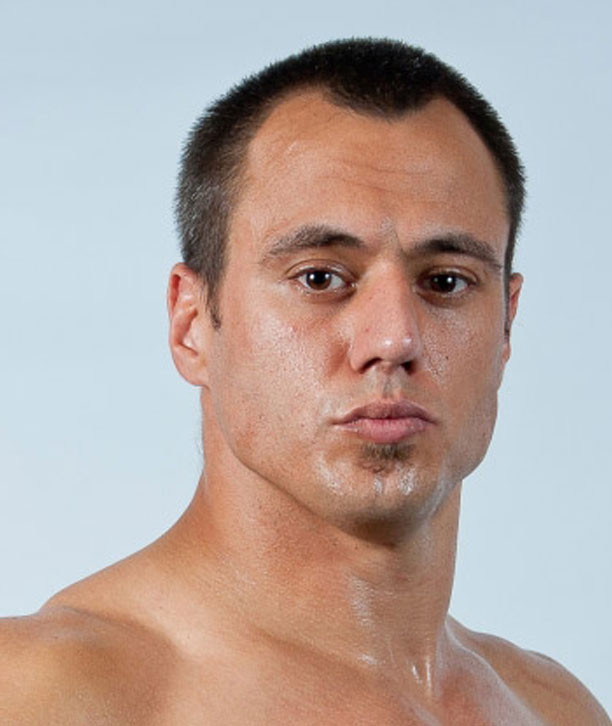 “This is going to be a cracker of a fight. I can’t make a definite prediction as both fighters have great skills, but if I had to make a choice, I would have to say Speechly, only due to the fact that I think the pressure is on Jakobi more to win the title than Speechly to retain it.”

“Although both fighters have tremendous stand-up skills, I think Leo has improved tremendously on his ground game, so I have to give the win to Leo Gloss.”

“A difficult one to predict as both fighters have an arsenal of fireworks to unleash but I have a favourite here and it has to be Nolan Swanepoel.”

“Once again, this should be a great fight and it’s difficult to make a prediction, but if I had to decide I would say Dino Bagattin. But this is going to be a close one.” 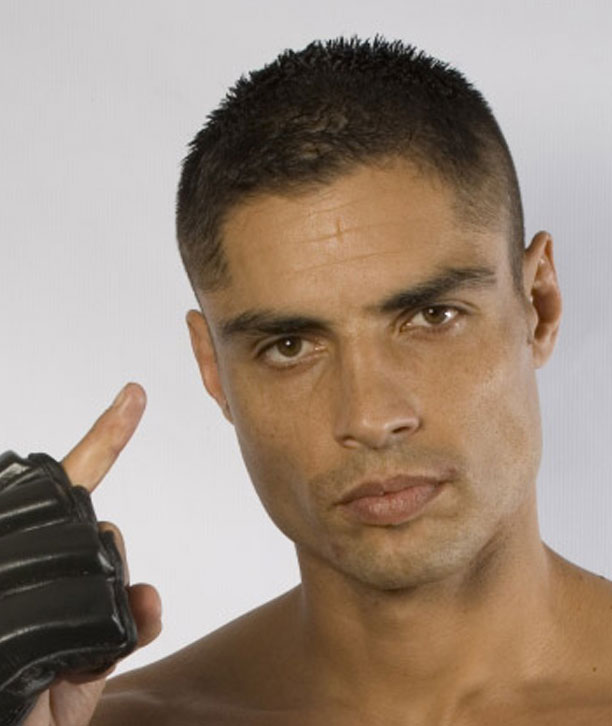 “I think Dallas dropping weight for his first welterweight fight might be a factor because weight cuts can take a lot out of a fighter. Adam has a phenomenal work rate and he’s able to fight a war of attrition until his opponent makes a mistake and gives him a gap. If Dallas lands punches he could get the upset, but I’m giving this one to Adam, by choke, towards the end of the second round.”

“This is not easy to call because I haven’t seen much of Demarte. He seems explosive, but Leo is a pure fighter and not easily intimidated. Leo takes this one by KO at the end of the first round.”

“Here we have two different styles: Leon has a lot of experience on his feet, and Nolan is very comfortable on the ground. If Nolan is clever and uses tactics he’ll take this to the floor immediately, where Leon won’t last. If Leon manages to keep it standing and softens Nolan with leg kicks it’s a different story. I give this one to Nolan by second round submission.”

“Dino has straight punches that can knock out anyone in the division. Martin has been working with my cousin Rory to prepare for this fight and, after training with Rory for many years myself, I know Martin will be ready for any stand-up possibility. I think Martin has the experience to get around Dino’s weapons and I’m giving the fight to ‘The Punisher’ by way of ground and pound in round two.” 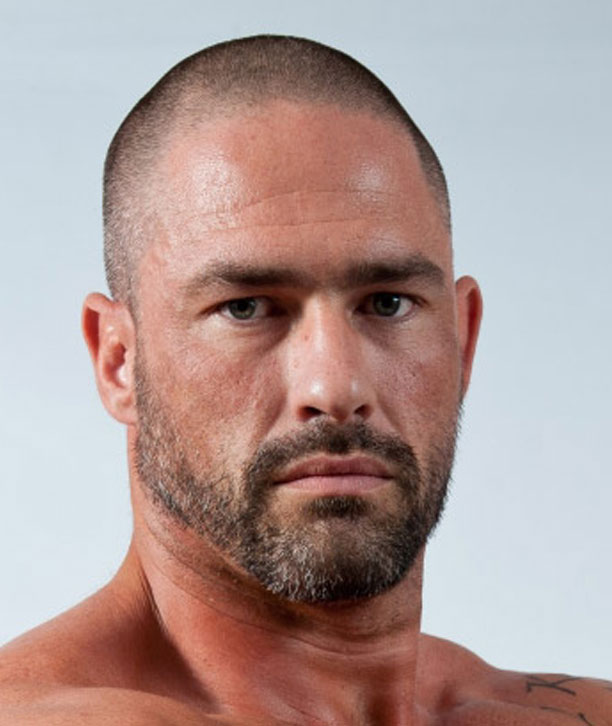 “Dallas is incredibly aggressive and he has strong ground and pound on his side. He’s put in a lot of work to make sure he can handle Adam’s ground game, and standing up he’s going to try to take Adam’s head off. Adam won’t be intimidated, but I think Dallas has the edge.”

“This is not an easy fight to call. Of all the guys that aren’t afraid to take a punch, Leo is probably right at the top. He’s incredibly tough and he’ll never quit, which might give him a slight edge over Demarte’s skills. It will be a great fight though, and I’m sure both guys will have ice packs waiting backstage.”

“Nolan is a nice guy and a great fighter, but Leon’s striking is probably the best at EFC AFRICA. I have to go with Leon.”

“Wow, this fight just backs up what people have been saying, that this EFC AFRICA is going to be the best so far. When Martin throws his right hand it’s to end the fight, every time, and I suspect someone’s going to get carried out on a stretcher. But Dino is also an explosive striker and I don’t think Martin has fought someone with his stand-up experience. This one boils down to whoever wants it more and I know Martin won’t quit.”