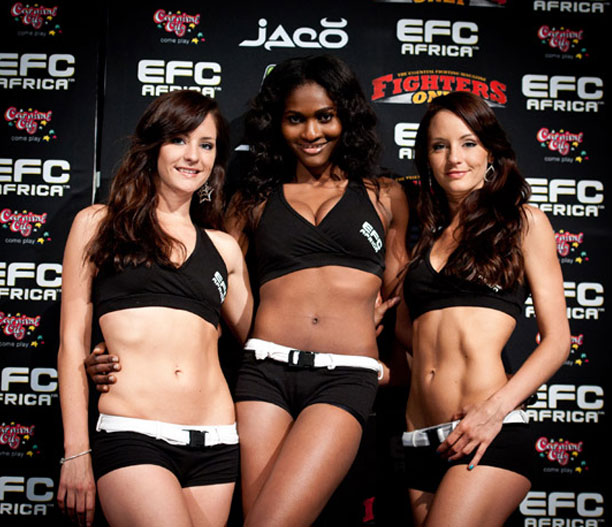 Johannesburg (South Africa) – If weigh-in for EFC AFRICA 10 is an indicator of the quality of fights to come tomorrow night, Africa’s MMA intensity is about to kick up another level! Hosted by Fighters Only editor-in-chief Dirk Steenekamp and EFC AFRICA announcer Gordon Laws, the event saw all 24 fighters weigh in within the allowed limits, showing the dedication of professional athletes.

Intensity was at an all-time high with Tyron ‘The Rush’ Rightford and Paul ‘Terror’ Terblanche butting heads. Terblanche, who weighed in at 84,4kg did his best to assert himself in front of the media but Rightford, who weighed 83kg, pushed back! EFC AFRICA can’t wait to see what these two will be like when they don’t have to hold back tomorrow night! 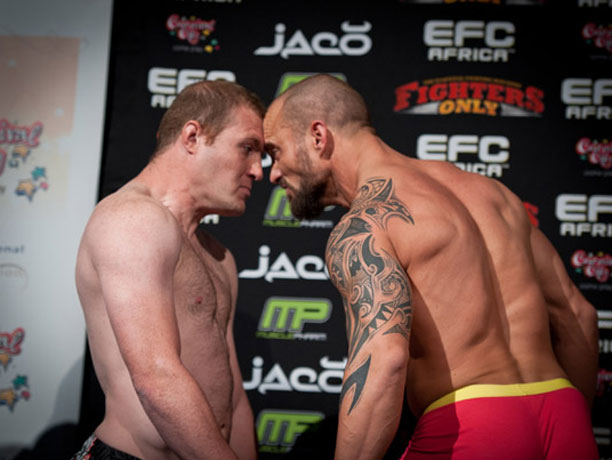 Another moment with tension that could be cut by a knife was the stare-down between featherweight title fighters ‘King’ Leo Gloss and Demarte ‘The Wolf’ Pena. Both made weight at exactly 65kg and met each other with cold concentration etched onto their faces. Gloss had the crowd on his side but Demarte would not be intimidated, unleashing a wolf howl before leaving the stage. 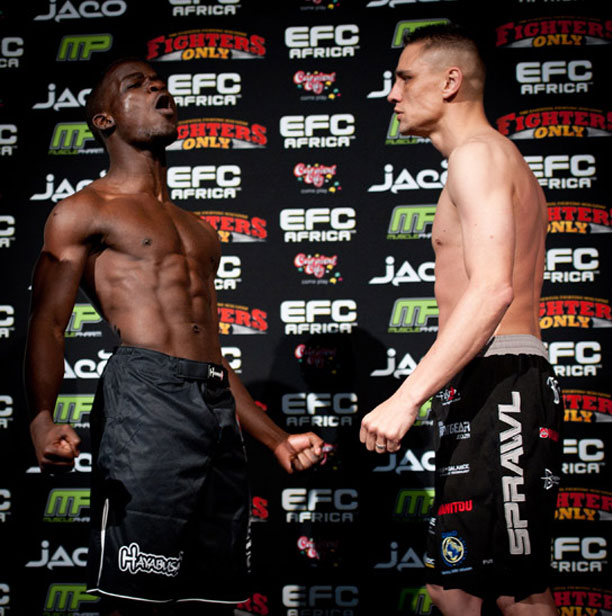 Current welterweight champ Adam Speechly weighed a respectable 76,4kg while his opponent Dallas Jakobi was 76,7kg, both in the best shape of their lives. Speechly seemed very confident that he would retain his title, remarking on his fight preparation “If it aint broke, don’t fix it!” 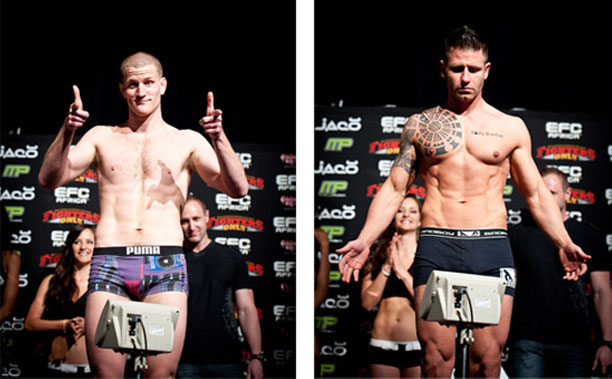