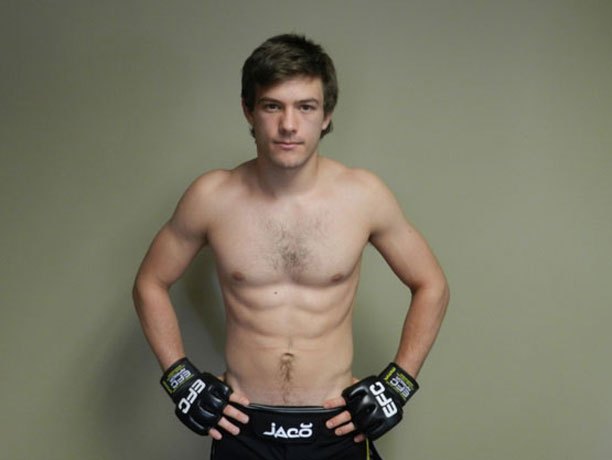 EFC AFRICA welcomes Dino Bertolis to the rapidly growing featherweight division! Bertolis brings a technical ground game and pace-pushing cardio to the cage and will make his professional debut in early 2012.

Bertolis trains at Men of War on Johannesburg’s East Rand under coach Walter Wendt, and at the age of 19, has already earned an amateur record of 6-1. He got his martial arts start at the age of 8 with general self-defence classes, then discovered BJJ and MMA at the age of 15. “After my last amateur fight I felt that there were no gaps in my amateur game, so I decided I might as well go pro and get paid for getting beat up. EFC AFRICA has a huge future and I want to be part of that.”

Bertolis is currently in his second year of Actuarial Science at Wits University. Fortunately he puts his free time into pounding opponents rather than partying, and he still has another two years of study to fight through. He competes in MMA because of the mental and physical challenges, and sees his ground game and fitness as his greatest strengths. “My MMA highlights so far have been a win against Francois Groenewald, the first real jits guy I fought, and taking top spot in an amateur tournament.” Find him on twitter @DinoBertolis