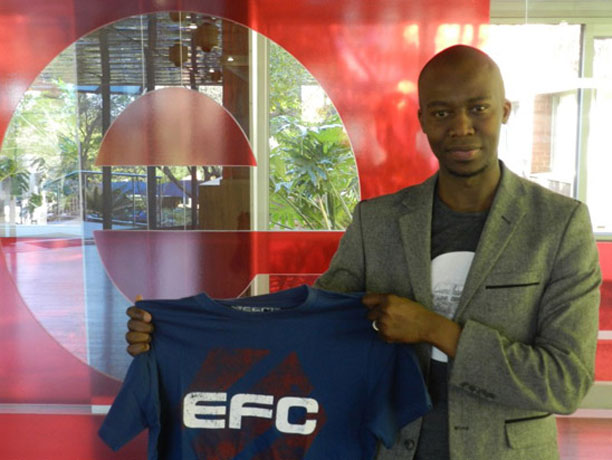 Johannesburg (South Africa) – In a deal that has been almost two years in the making, EFC AFRICA, Africa’s largest and most prestigious Mixed Martial Arts (MMA) promotion, has signed a landmark broadcast deal with the continent’s largest and most popular English speaking TV station, e.tv.

“We have been working on this deal with e.tv for almost two years,” says EFC AFRICA president Cairo Howarth. “We are ecstatic to have partnered with e.tv and look forward to seeing the best of MMA beamed into tens of millions of homes across the continent. The planned live broadcast of all our events next year is a monumental achievement for any sporting property, and mind-blowing when taking into account that EFC AFRICA is under two years old and MMA is only now becoming a mainstream sport. This shows the quality of our product, the high skill level of our athletes and the huge demand for premium quality MMA on the continent.”

“We believe that MMA will grow to be the second most watched sport in Africa, second only to football, and EFC AFRICA is the driving force behind this expansion. Never before has an African sporting property taken off at such a rapid rate, and it is only just the beginning.”

According to Group Head: e.tv Channels Division Monde Twala, e.tv is extremely excited about bringing MMA to millions of viewers. “Our audience is extremely passionate about WWE and we are looking forward to introducing them to this exciting new sport and entertainment property,” says Twala. “We will be showcasing the best MMA athletes on the continent and giving Africans access to the hottest new TV content in years.”

e.tv, operating out of South Africa where it is one of only four free-to-air terrestrial television stations, also broadcasts to 49 countries in Africa, making it the largest and most watched English station on the continent. e.tv is known as “the home of WWE”, which is one of its and Africa’s most watch TV properties. This massive reach throughout the continent and with the WWE loving audience makes e.tv the ideal broadcast partner for EFC AFRICA.

Currently e.tv broadcasts just two sports, UEFA Champions League football and WWE, and neither of these are broadcast live. The live broadcast of EFC AFRICA in 2012 is tipped to propel EFC AFRICA and MMA into a top 5 spot as one of the most watched sporting properties on the continent.

Episode schedule to be released soon.

Headquartered in Johannesburg, South Africa, EFC AFRICA™ now produces 8 live Mixed Martial Arts (MMA) events annually, all hosted on the African continent. With over 70 athletes exclusively signed to the promotion from across the continent (from Angola, DRC, Nigeria, South Africa and more), EFC AFRICA is the biggest MMA promotion and showcases the toughest athletes on the continent.

EFC AFRICA™ programming is broadcast across the African continent on FX, part of the Fox International Channels network. 2 back-to-back hour long episodes featuring bouts from past EFC AFRICA events air every Friday night on FX, which is available in South Africa on TopTV. In addition, delayed live and fight highlight episodes from the latest EFC AFRICA events are broadcast in 42 countries across Africa on e.tv, further infiltrating millions of homes across the continent and growing the EFC AFRICA brand. As well as the live internet broadcast on EFCAFRICA.com watched by viewers around the world, the events are also broadcast live to Nu Metro cinemas across South Africa giving thousands of additional MMA fans a larger than life event experience.