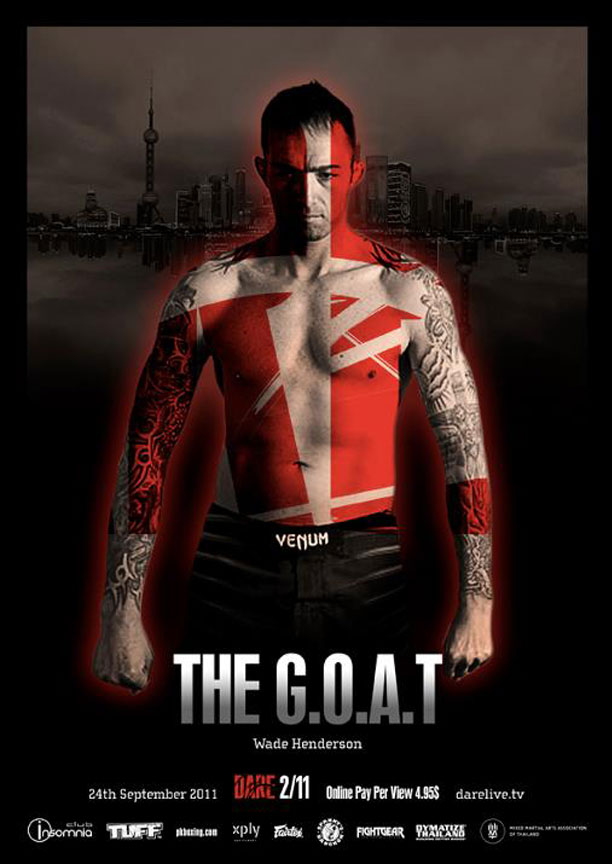 EFC AFRICA has given Henderson permission to take part and wishes him well in his bout against Rodrigo Ribeiro, a third degree BJJ black belt and instructor at Evolve MMA in Singapore. According to Henderson, the opportunity to compete at Dare came about due to his connections in Thailand, a country he lived and trained in for many years.

“I’m expecting my opponent Rodrigo to be strong and tough so this fight should be lots of fun. He’ll be my second Brazilian opponent in a row, but at least this fight will be at middleweight, where I’m stronger, so it won’t be easy for him when he tries to take me down. This will be DARE’s second event and the prize money is very good; there are 8 weight divisions and 1 million dollars to be shared equally between the 8 winners.”

Before the fight Henderson has two weeks of training at Tiger Muay Thai with his old friend and coach Ray Elbe, as well as many international fighters that are currently at the camp.

“After this fight I’m going to take a break for a while. I’ve been competing at a fast pace this year and my body’s taken a bit of a beating. I’m going to rest and work in some new skills and I’ll be back in early 2012, hopefully against Josh Muller.”