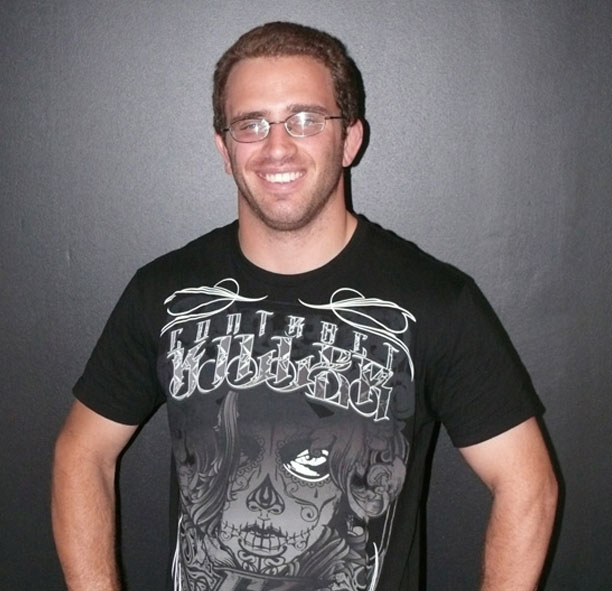 “If I look at my life recently, it’s been straight out of a bad comedy film.” These are the words of Alex Cheboub who, just three weeks ago at EFC AFRICA 11, challenged Costa Ioannou for the EFC AFRICA lightweight title.

Cheboub makes no excuses for his performance on fight night, but it’s clear he didn’t have the easiest time leading up to the fight. Already tired from working, training and weight cutting, he was in for a stare-down from hell when Ioannou got off the scale. “I wasn’t expecting Costa to be that intense but it was fine, it didn’t particularly freak me out. At weigh-in I always look at my opponent’s chest because when I look them in the eye it’s really hard for me not to laugh, and I don’t want to spoil the atmosphere. So I had Costa there telling me to look in his eyes and I’m trying my best not to cause a bizarre scene by bursting out laughing at the weigh-in for this massive fight. It must have looked quite strange but I didn’t let it bother me.”

Unfortunately, when 10 November rolled around, Cheboub wasn’t getting in the zone for one of the most pivotal MMA fights in African history; he was teaching biology. “To put it bluntly, it sucked. I was working as a teacher at the American International School of Johannesburg and they let me have a day off for weigh-in on 9 November, but they wouldn’t let me have 10 November too. It was a long day of biology and study groups, and all I had time for afterwards was a quick nap, then it was time to fight.”

Cheboub claims that the banners and flags adorned with Costa’s name and colours, not to mention the fans chanting his name, had little effect on him as he walked to the cage. As the fight got underway, Cheboub was still confident that the title would be his. “I though Costa’s strategy would be to stand and throw leather with me. He surprised me by rushing in, but even then I felt I could handle him in the clinch. When he took me down I was even more surprised because his control and technique was of such a high level.”

Fans were undoubtedly expecting Cheboub to work in a few sneaky submission attempts, but Ioannou’s ground game was simply too good for Cheboub to get the upper hand. “Even things I’d caught people with many times before, like kneebars from the bottom, didn’t work on Costa. At one point I had him in a tight heel hook but he reversed it better than anyone has before. My best opportunity came in the form of an armbar, it was on, I felt it, I even heard it click as he got out of it, but he just got back on top and carried on fighting. In terms of his offensive position of the ground, he was strong and able to control me, but his strikes weren’t doing much damage, which was why I was willing to stay in that position to try to set up submissions. It may have looked like I’d taken some damage but I was hurt worse in the Mark Jones and Will Bentley fights.”

When Ioannou eventually caught Cheboub in a choke in round three, ‘The Professor’ was upset, but not devastated. After such a struggle at the absolute highest level of African MMA, Cheboub took the loss stoically and decided he didn’t have that much to feel bad about. At least until he went to work the next day. “I got the bad news that my contract wasn’t getting renewed. So after I wasn’t able to take leave for the biggest fight of my career, I then lose the fight, and finally lose my job too. It really wasn’t my week.”

And just when you thought it couldn’t get worse, someone wrecks his car. “I was driving through Woodmead and a woman drove out of her driveway straight into my ’97 Corolla. My car’s got 350 000km on the clock and it’s not worth much, but even so it’s going to cost at least R16 000 to fix. Hopefully her insurance comes through.”

After all the recent adversity, Cheboub has now put his foot down and decided that 2012 is the year he turns things around. He’s devoted himself to full time MMA and looks forward to new opportunities. “I reckon I can go far in this sport and losing my job seemed like a sign that MMA is what I have to do. Right now I can’t bear going back into the corporate environment so you know what? I’m giving MMA everything I have for a year and seeing where it takes me. I’ll also be training people from next year; our club has new premises in Melrose Arch so if anyone’s interested, get hold of me on facebook or twitter.”