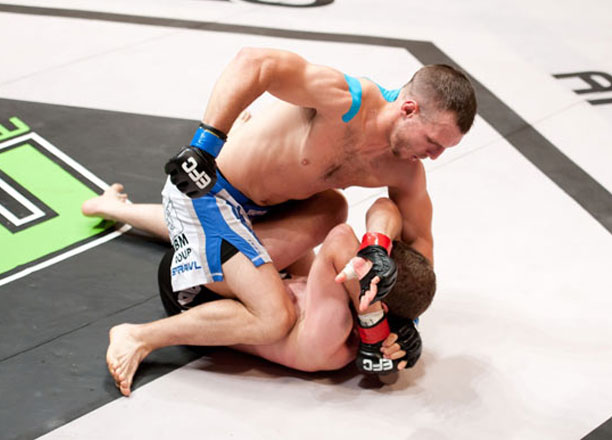 Ioannou in Action Against Cheboub

When the Coca-Cola Dome reverberated to the fervent chant of ‘Costa! Costa!’ on 10 November, it was clear that defending champion Costa Ioannou was the favourite to once again take the EFC AFRICA lightweight title. After grappling Alex Cheboub to a standstill over three rounds, Ioannou was able to sink in a choke and make history by successfully defending an EFC AFRICA title. He is now undefeated at 4-0 and shows no sign of giving up his belt any time soon.

“I didn’t care much for the ‘curse of the belt’ but it did add a bit of extra pressure,” said Ioannou shortly after his ground-breaking victory. “I promised to be the first person in EFC’s history to retain the belt and I’m really happy I was able to do it! Now I can’t wait to get the diamond in my EFC Championship Ring!” 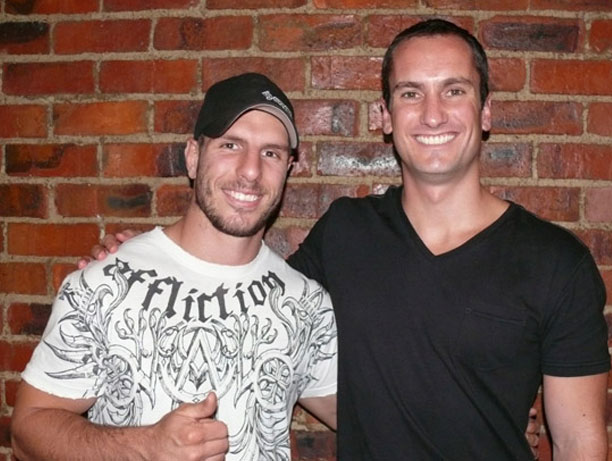 Leading up to the epic confrontation with Cheboub, weigh-in on 9 November gave fans a taste of things to come. Ioannou got straight into Cheboub’s face and let him know that he was in for the fight of his life. Ioannou forced Cheboub backwards and demanded that he meet his gaze, and many fans were surprised by the intensity of the usually laid-back champ. According to Ioannou, his behaviour wasn’t in his nature, but a necessary step in the plan to fully test Cheboub. “Before the fight I’d said that Alex needed to bring heart and I was testing that.” Despite Cheboub not taking the bait and asserting himself at weigh-in, Ioannou gives him credit for showing a lot of heart in the fight. For Ioannou, the fight went as planned but got off to a frustrating start. “Early on I started holding the cage because the canvas was too slippery. Then, after taking Alex down, I realized he was more uncomfortable there than in the clinch or standing, which I hadn’t anticipated. I made sure to keep the pressure on Alex until he broke, but his heart carried him through until I got lucky and sank in a choke.”

In the aftermath of his second championship win, Ioannou was able to savour some much-needed relaxation time. “I had a fairly early night after the fight but got together with a few friends for a big lunch the next day and landed up wining and dining till dinner. To catch up with friends after not really seeing them during training camp was really great because my friends are one of the dearest things to my heart!” 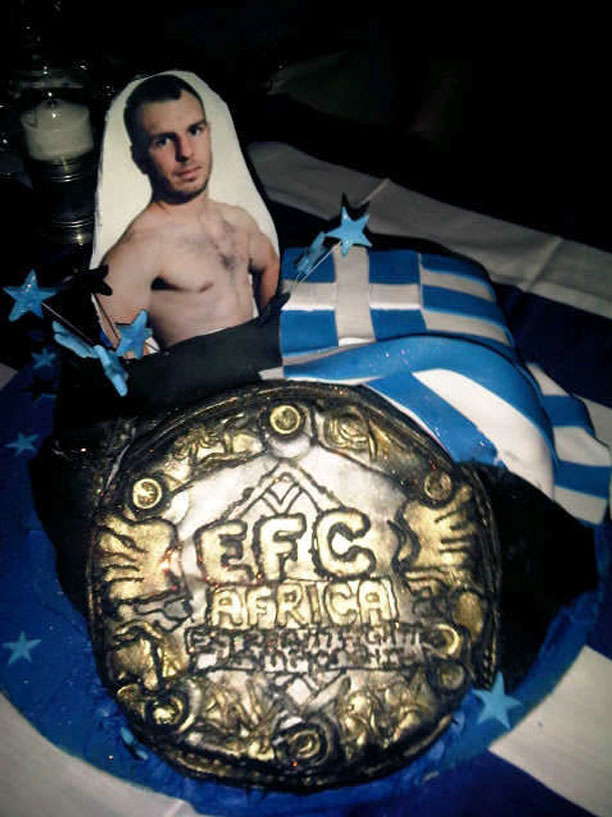 A Cake made by Ioannou’s Sponsors after His Win

The news that Ioannou hopes to be the first EFC AFRICA champion to hold titles in two divisions has made quite an impact on fans and fighters alike, with many speculating on new match-up possibilities. Ioannou is tight-lipped on specifics, but did hint that the move will probably see him heavier than lighter. “I will be meeting with the EFC to discuss this. We will discuss the division I’m planning to go to and everything that comes with it. I want to be the first person to hold 2 EFC titles and who knows, maybe one day I might go for 3. I had said in an interview before the fight with Alex that my team had restructured my training camp to see how heavy I could come into the fight. If I train hard like I always do there are no more or no less challenges and I will bring my best to get a second belt and of course a second ring!” Ioannou makes it clear that looking outside of lightweight doesn’t mean there are no more challenges at 70kg. On the contrary, he sees a number of opponents “getting themselves well rounded and dangerous.”

EFC AFRICA 11 was streamed live online by a number of international MMA websites, one of which was MMA Legacy, a Greek-language MMA site which ran a number of articles on Costa in the lead-up to the event, and which had over 1700 computers viewing Ioannou’s title fight. For Ioannou, getting to grips with all the attention is still a work in progress. “I have seen a big increase in the interest of international Greeks which is really great. I am slowly starting to handle the attention a lot better and give as much of myself as I can to each and every fan or interviewer.”

Over the festive season, Ioannou intends to take a break and recharge. So much has happened in 2011, but it’s likely that 2012 will be an even more exciting year for the EFC AFRICA lightweight champ. “I have kept training as my teammates still have a few fights left this year. I will keep training up till about Christmas then most probably enjoy a week or two in Cape Town. It has been a really long and life changing year and I need a bit of a getaway. I am currently looking for sponsors so I can make my dream of being a full time athlete a reality in 2012 and be able to achieve the goals I have set for myself next year. If anyone is interested please facebook me. I would like to thank all my fans and friends, my family and my teams Fight Fit Militia and Crazy Monkey Defence. My girlfriend for all her love, help, support and FOOD!! Also to all my sponsors who have made it all possible for me: NBM Group, JHB Scaffolding, Ocean Basket, Primo Executive Cars, Affliction and all the others. Thank you all from the bottom of my heart!”