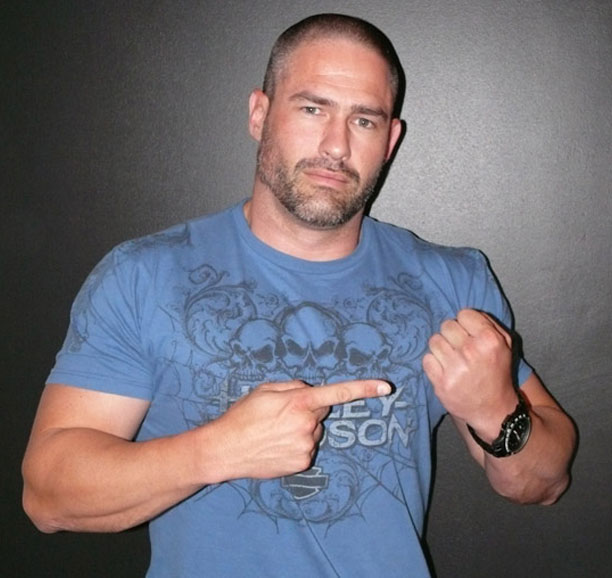 Last time we caught up with Sean Robinson, injury had forced him out of a planned EFC AFRICA 10 bout with JP Joubert. Robinson’s broken hand has now fully healed and he looks forward to competing at EFC AFRICA in early 2012. “My hand has been back at 100% for just four weeks, but that doesn’t mean I’ve been taking it easy,” said Robinson. “I’ve been training continuously, focussing on cardio, leg strength and a whole range of other exercises. This isn’t tennis, injuries happen and when they do, you have to find ways to work around them.”

At the end of October, Robinson and his family moved from Ballito to Centurion, resulting in a change of pace and new training partners. He now fights out of Crazy Monkey Centurion, under Jacques Wagner, but also trains at other facilities with a host of old karate friends and specialist trainers. “I’ve known Jacques for a few years and Crazy Monkey is a perfect fit for me. They have a very intelligent approach to fighting, very different from the ‘Hulk smash’ approach, and I’ve found I can relate to their methods. My strength and conditioning is now being done with William Ainslie, a certified strength and conditioning coach, and my explosive power has gone up about 50 percent. That’s not even an exaggeration! Training is really strenuous but, at night after the ice bath, at least I know I’ve taken a step in the right direction. All in all, the move to Joburg has been good because here it’s logistically easier to improve in the fastest time possible. I’ll be the first to say I still have a lot to learn, but next time I step into the cage people will see ‘The Monster’ version 2.2.”

Robinson could be back in the EFC AFRICA hexagon as soon as March. No official confirmation has been made, but a number of potential match-ups exist as the light heavyweight division becomes more competitive. “Fighting for EFC AFRICA is a blessing. There are many guys in MMA that train incredibly hard who have to take their chances at smaller shows, but I have this fantastic opportunity to fight in the best promotion on the continent. Looking at the competition, Chett and JP are both very good fighters, and getting to the top of the light heavyweight division won’t be easy. However, I appreciate the difficulty because becoming a champion in an empty division would only earn me empty praise. I’m doing my part by preparing for tough fights, and if it’s God’s will for me fight for a title in 2012 that would be awesome. In the meantime I’m going to get a couple of rhinestone shirts to match the EFC title belt, because when I’m champ, that belt will be a permanent part of my outfit no matter where I go!”

Over the holiday season, Robinson plans on training hard for his imminent return while also making allowances for family time and religious celebrations. “Since we’ve just moved to Joburg from Ballito, for Christmas we’re going back to Ballito. Ironic, isn’t it? But the Christmas holiday is going to be mainly business as usual for me. As a devout Christian, I’ll take a day or two off for Christmas, but no more than that. The festive season is usually a time of rest, even for fighters, so if I can get an advantage by training the whole way through, I’ll take it! You can control little enough when that cage door closes, so you need to make the most of what you can control, like training.”

At the moment, Robinson is a light heavyweight in theory only. Technically, he’s 17kg too heavy for his division, and he doesn’t see that changing for a few weeks at least. “I’m going to eat half a pig and half a turkey on Christmas day, and I’m looking forward to it! The weight cut won’t be too much fun, especially as my weight gains have been predominantly muscle, but I’ll get to that when the time comes.”