Kietzmann vs Misholas at EFC AFRICA 12 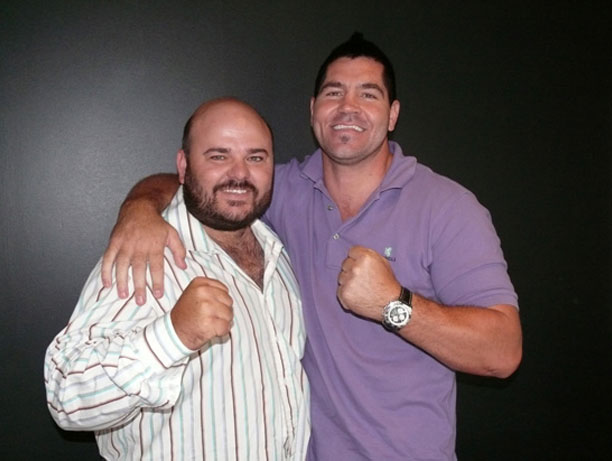 EFC AFRICA welcomes Paul Kietzmann back to the light heavyweight division. He will be fighting Ricky Misholas at EFC AFRICA 12, so expect huge punches as these heavies have boxing in their blood. Kietzmann has been out of action since EFC AFRICA 06 in December 2010, where he scored a 17 second TKO against Lance Ceronio. According to Kietzmann, he’s hoping for more of a challenge this time. “I was out with an injury for ages after my last fight. A few weeks after beating Lance, I tore the posterior tendon in my leg and was in a brace for three months. Now I’m fully healed and ready to pick up where I left off. My next opponent is Ricky Misholas, he’s a black belt in judo and I know he likes to bang. Apparently he was a sparring partner for Francois Botha and he has a Mikixi style of fighting, so we should mix it up nicely. I’m confident, not just about this fight but about my future at EFC. I’m trying to keep two spaces on my hands for two EFC AFRICA championship rings, one at heavy and one at light heavy, but I’m planning to get married next year so I’m running out of space fast!”

Kietzmann fights out of Demolition Boxing & MMA Gym in Pretoria East and is managed by Mayhem Fight Management. Read more about Paul