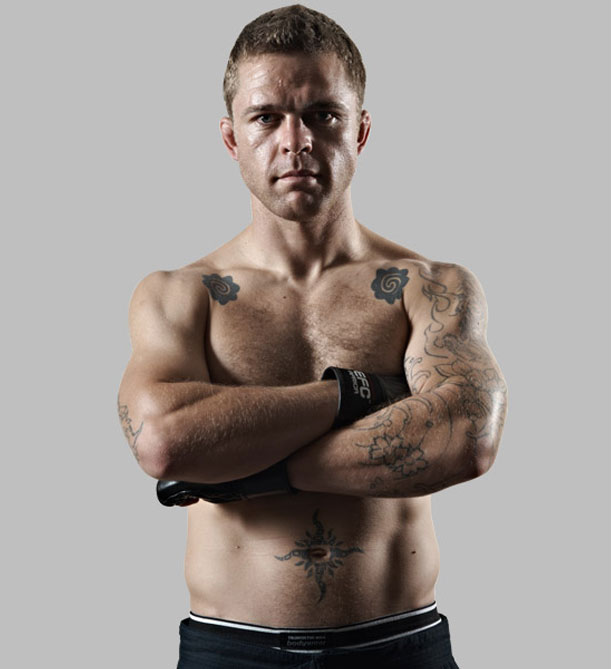 EFC Africa 12’s fight card has been bolstered by the addition of a lightweight bout between Paul de Vos and Ryan van Niekerk. De Vos has already had three bouts at EFC AFRICA, while van Niekerk will be making his EFC debut with an impressive record of 19-6.

De Vos last fought at EFC 07, taking home a victory in the first round after his opponent Ian Swart was disqualified for strikes to the back of the head. It’s now been almost a year since that fight, and in that time de Vos has set up his own gym, Triumph, in Norwood, made a full recovery from his injury, and trained tirelessly to become a better fighter. “After the fight with Ian I got back into training as soon as I could and just had to ease back into grappling and hard work. Since then I’ve focused much more on my conditioning and grappling, which means I have a more rounded skill set for my next fight.”

Now that De Vos is back in action, he hopes to take another win at EFC 12, this time by way of submission or KO, not disqualification. Although he’s been away for a year, De Vos doesn’t see that as much of an impediment to his goals in the lightweight division. “The lightweight division is stacked with talented guys, but not everyone’s training properly or putting in good performances. Costa is top dog, but from there down it’s a dog eat dog world where everyone is battling to climb the ladder. This fight with Ryan should be a good chance to get back in the mix because we’re both well versed in MMA. I’ve seen a couple of his fights and I believe he was lightweight champion at another promotion. No disrespect to the guys who’ve come over from other promotions, but there’s a very different level of competition at EFC. I think Ryan and I should match up pretty well though, I’ll have strength on my side but he’ll have range.”

Van Niekerk also views the EFC lightweight division as a chaotic mix of exciting opportunities, but states that he’s starting his EFC journey there, rather than featherweight, because he wants a real challenge. “The EFC lightweight division keeps getting more top fighters all the time. People tried to convince me to drop to feather, but there’s no chance of that. Why would I enter a division where I could take the title easily? Lightweight is where I’ll have to push myself and I’m really excited to see what it has to offer. I don’t know much about Paul except that he comes from a boxing background. The only fight footage I’ve seen is from his fight with Ian Swart, and that didn’t last long enough to tell me anything. However, I’m not worried about what Paul is bringing to this fight, he should be worrying what I’m bringing. I know that I’m putting in the hours of hard work to be prepared for my first EFC win. I have everything to gain in this fight; my days at other promotions are behind me and I’m starting over at EFC from the bottom to work my way up. Paul, whatever you’ve got, bring it on.”