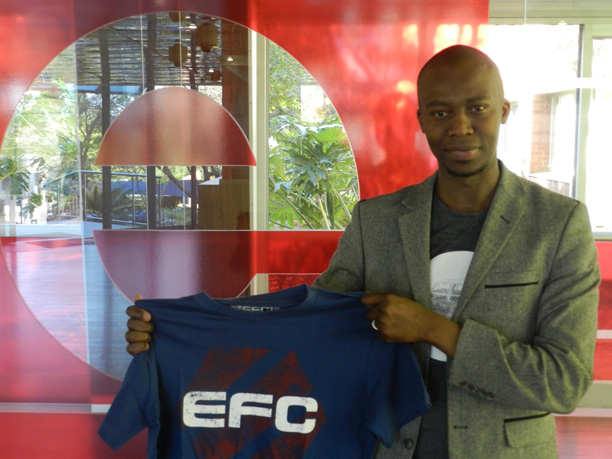 Johannesburg (South Africa) – EFC AFRICA is proud to announce a revolutionary broadcast deal with e.tv that will, for the first time ever, bring live MMA into millions of homes across Africa. Starting with EFC AFRICA 12 on 2 March, all 8 EFC AFRICA events in 2012 will be broadcast live on e.tv, Africa’s largest and most popular English language TV station. The broadcast agreement for 2012 will see main card bouts (four of the evening’s main bouts) live in a 2,5 hour Friday night television slot on e.tv, starting at 22h30.

Currently e.tv broadcasts just two sports, UEFA Champions League football and WWE. The live broadcast of EFC AFRICA is tipped to propel EFC AFRICA and MMA into a top 5 spot as one of the most watched sporting and entertainment properties on the continent. As EFC AFRICA 12 approaches in just over a week, excitement peaks as fans across the continent gear up for this monumental event.

“The broadcast agreement, signed in conjunction with our commercial partner SAIL, is going to revolutionise MMA on the African continent,” says EFC AFRICA President Cairo Howarth. “Our athletes are the best on the continent and our production is world class. With e.tv we have a broadcast partner that allows millions of fans across Africa to support their fellow countrymen. MMA is going to give every sport in Africa, bar football, a beating, excuse the pun.”

As commercial partners to EFC AFRICA, SAIL are delighted at finalizing the agreement, which has been years in the making. According to SAIL’s Commercial Manager for EFC AFRICA, Kieren Jacobsen, the decision to partner with e.tv is a strategic choice, given e.tv’s vast demographic reach and already captive audience. “The live broadcast of EFC AFRICA events on e.tv opens up an array of commercial opportunities for EFC AFRICA, which we aim to capitalize on over the next few months, and will propel us into one of the most watched live sport and entertainment properties on the continent. With the extensive EFC AFRICA media platforms and the mass appeal of the events and broadcast, associated brands are now able to access and engage with passionate fans across Africa.”

According to e.tv Head of Channels Monde Twala, e.tv is extremely excited about bringing MMA to millions of viewers. “Our audience is extremely passionate about WWE and we are looking forward to introducing them to this exciting new sport and entertainment property,” says Twala. “We are excited about showcasing the best MMA athletes on the continent and giving Africans access to the hottest TV content in years.”