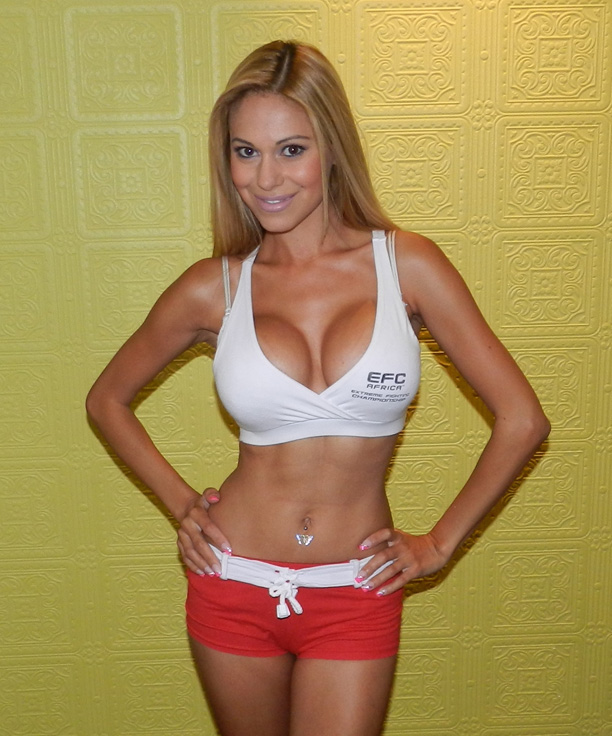 Johannesburg (South Africa) – If you thought Mixed Martial Arts was only about testosterone and masculinity, take a look at EFC AFRICA’s newest EFC Girl, Naomi Das. EFC AFRICA is proud to welcome her aboard and looks forward to fan feedback at future events.

Naomi Das was born in Wales and is half Indian half English. She’s already well acquainted with MMA, having been a fan for some time and having posed for Fighters Only magazine. She’s also an experienced model with wins in the SA leg of the International Playboy Bunny Search, FHM top 10 models in 2010, one of FHM’s 100 sexiest women in the world, Miss Bondi Beach, Miss H20 and much more.

“I’ve been to most of the EFC events and I even took up boxing last year. It was mainly just for fun, although I did start to enjoy hitting things! My favourite fighter is Garreth ‘Soldierboy’ McLellan, by far, so it might be a bit hard not to cheer for him at EFC 12. Maybe just a subtle thumbs-up, if I’m allowed ha ha!”

Naomi joins us as we bid a fond farewell to Alyssa Rebelo, who was one of the faces of EFC AFRICA from the very beginning. Alyssa was a fan favourite and an asset to each and every event she graced. EFC AFRICA wishes her all the best in her future endeavours.