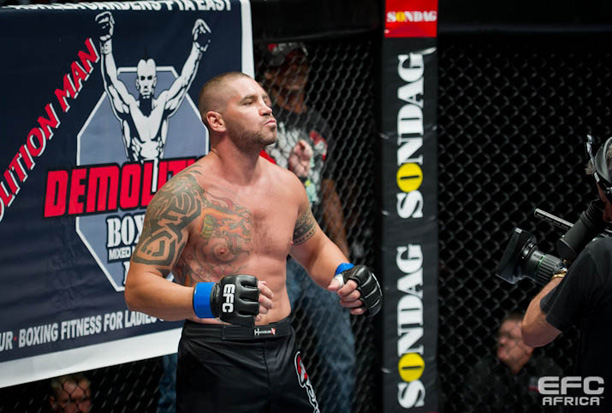 Kietzmann faced Ricky Misholas in a heavyweight bout on 2 March, where he was knocked out after a protracted struggle. In accordance with EFC AFRICA medical standards, Kietzmann was sent to hospital for a brain scan and further tests. He was discharged on Saturday morning but readmitted later that same day when tests picked up kidney and chest complications.

According to doctors’ reports Keitzmann was suffering from concussion, kidney problems, dehydration and pneumonia. Kietzmann is on medication and has been advised not to undertake any physical activity for the next few weeks.

Kietzmann has since said that he was not feeling 100% before his bout, but due to his competitive nature, he recklessly did not inform EFC AFRICA’s medical team. EFC AFRICA conducts stringent pre-fight medical examinations, including brain scans, HIV and Hepatitis B tests. Kietzmann was fully cleared to compete at EFC AFRICA 12. This stresses the importance of athletes fully declaring all medical conditions before competing.

Kietzmann would like to thank his fans and well-wishers for their support, and EFC AFRICA wishes Kietzmann a swift recovery.