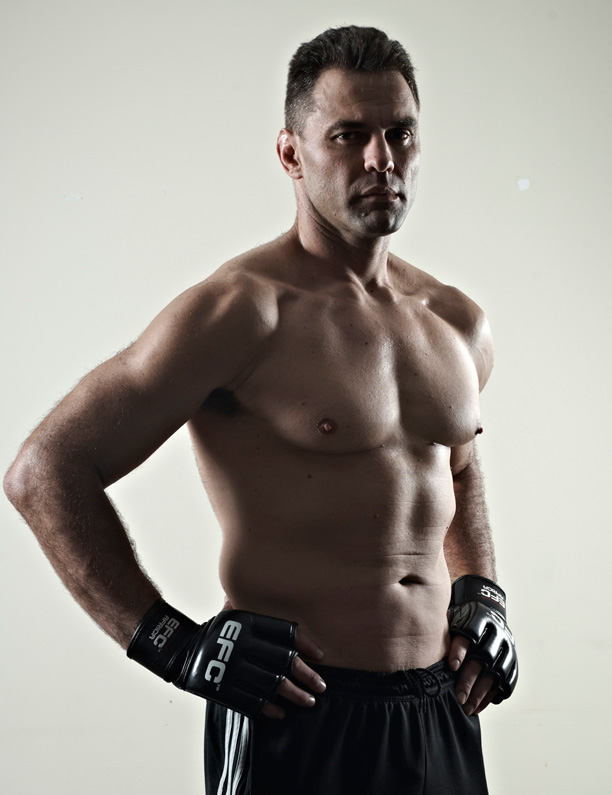 Lance Ceronio will be back in action at EFC AFRICA 14 in June. The light heavyweight has been MIA since facing Paul Kietzmann at EFC AFRICA 06, but promises that he’s back to put up a fight.

“After seeing how huge EFC AFRICA 12 was, my blood just started boiling and I knew I had to compete again,” said Ceronio. “I had a few things to sort out but now I’m a totally different machine and I’m coming for the light heavyweight title.”

So far, Ceronio is 1-2 at EFC AFRICA, having lost to Jacques Joubert and Paul Kietzmann, but having beaten Chett Meyer. When he’s firing on all cylinders he’s a beast but Ceronio admits he’s had trouble getting into the go-zone.

“My last fight against Paul was terrible. I was really disgusted with how I handled things because I was prepared and confident. In fact I was overconfident, which made me really unhappy with the result. Yes, Paul’s punches hurt me; this is MMA, you’re going to get hurt, but I wasn’t out of the fight. Another 10 seconds and I would have had him down. It was a really bad stoppage and it left me disheartened with MMA for a while. After that fight I started seeing a sport psychologist, Cesare Valenti. Previously, when I’d visualised a fight, I hadn’t visualised a win, just a fight. That’s changed now and I can already picture myself winning in the hexagon.”

And just like his comic book hero The Incredible Hulk, Ceronio had a few issues to sort out.
“I used to have a problem with my temper because I was afraid of losing it and I had no idea how to channel anger into something constructive. I had self-destructive tendencies, but fortunately Cesare was able to help me unleash my aggression for MMA, which is something very new to me. My self-destruction is gone and I’m ready to dish out the pain in my next fight!”

Ceronio has also changed camps and believes that now, as part of Team CIT under Attila Barna, he has found the right mix of training to perfect his fight formula.
“Attila and I have been mates for years and when he phoned me up and said he wanted me to get back into the fight game I accepted. He’s a guy that I look up to and I respect his opinion, so if he has faith in me that’s a real boost. I hope to get some training from the Pretoria CIT guys too, and I’ll probably be boxing with the Smiths.”

There’s just one hurdle between Ceronio and his push for the EFC AFRICA light heavyweight title: marriage. Ceronio and his fiancée have been together for two years and they plan to tie the knot next week.
“As soon as I’m married MMA will get my complete focus. Although I will still be involved in personal training to pay the bills, I am going to commit to becoming champion. Light heavyweight is very much an open division and I believe that I will be able to step forward this year and get the title. I’ve had two horrible losses but now I’m back to redeem myself.” 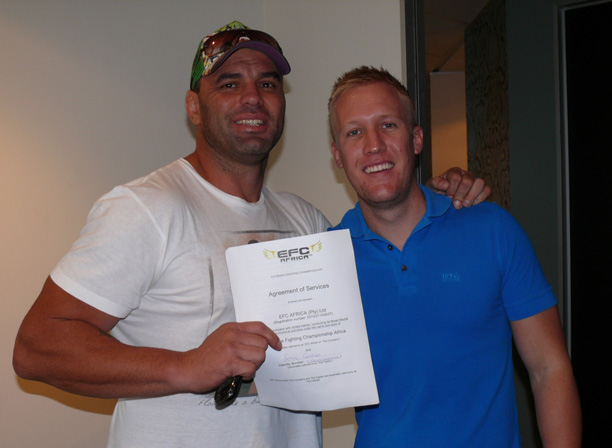