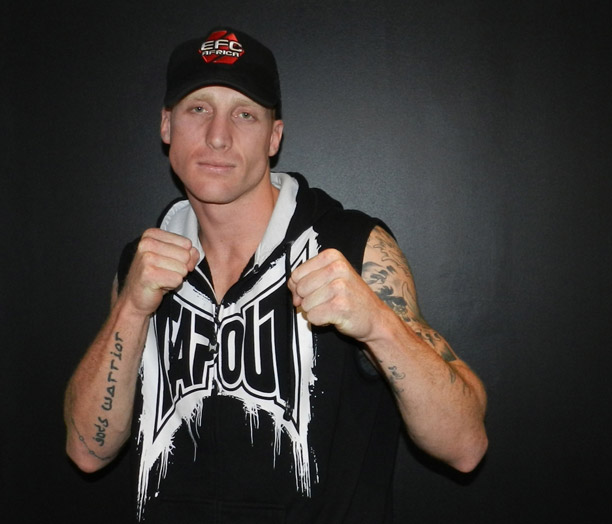 Kruger, a former SA K1 kickboxing champion, made a breath-taking debut at EFC AFRICA 12 when he beat former world thai boxing champion Pete Motaung. Many expected a stand-up war from the two strikers, but Kruger took everyone by surprise with a versatile grappling arsenal that earned him Submission of the Night. “I was extremely nervous about the fight but it was a good experience,” says Kruger. “I stuck to my game plan and went for the choke even though I took a few more punches than I wanted to. Pete is unbelievably strong in the clinch and very hard to submit. He’s also an unbelievably nice guy and I think he’s going to go far at EFC AFRICA.”

At EFC AFRICA 14, Kruger faces another striking veteran, Mawande Vapi. “I don’t know too much about Vapi except that he’s got a good build, he’s aggressive and he’s a heavy hitter. That pretty much describes my last opponent and I don’t think any middleweight is going to be bigger or stronger than Pete! I’ve been training hard for the last few weeks and I was keeping an eye on EFC AFRICA 14. When the call came through offering me a spot on the card I was already partly prepared. I’m looking forward to fighting Vapi; I think it will be a good fight but I’m going in humble, just praying and hoping for the best.”