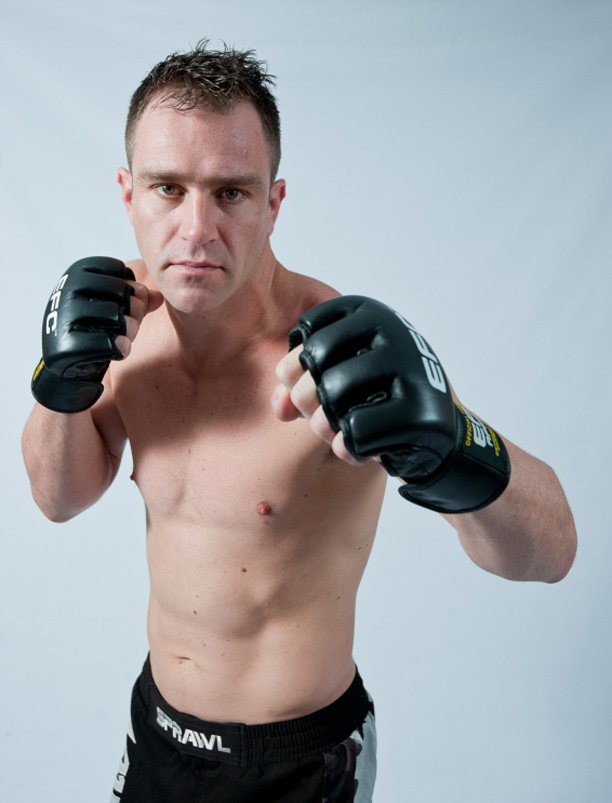 Johannesburg (South Africa) – Chett ‘The Threat’ Meyer will be making his middleweight debut at EFC AFRICA 15 against Donavin ‘Bam Bamz’ Hawkey. Ranked as South Africa’s number 1 light heavyweight, Meyer now makes the cut to a division where he can gain more experience and better career prospects.

“Unfortunately I just wasn’t getting as many fights as I wanted, so it makes sense to move to a division where I can get more experience against bigger names,” says Meyer. “I’ve been the top light heavy at EFC AFRICA for a while but I can’t sit around waiting for a title shot any longer, I’ve got obligations to my sponsors and I just want to fight! The move to middleweight should be easy as I’ve always been one of the lighter light heavies and I’ve never had to cut weight for fights. At middleweight I’ll be stronger than ever.”

Meyer’s teammate Norman ‘Chef’ Wessels recently entered the light heavyweight division and Meyer believes he will most likely take his place at the top of the division soon. “Chef is a beast at light heavy and, after another fight or two, I’m sure he’ll move to number one.”

Meyer is hopeful that he’ll have a title opportunity at middleweight soon. “I’m entering the division as a top contender, not from the bottom, and after a win or two I’ll be in line for a title shot. My teammate Garreth McLellan is also looking at the title but we’re going to race each other there. We’ll never fight teammates, hopefully we won’t hold each other up, and whoever gets the shot first will be totally supported by the other.”

Meyer’s bout with Hawkey has been a long time coming, and he says he’s looking forward to silencing a former giant in SA MMA. “I’ve always wanted to fight Donavin because he was a big name in SA MMA before EFC. This is an opportunity for a big win over an experienced campaigner and I think it’ll be a good fight that people will want to see. Donavin has a lot to prove; his brother’s doing well at EFC, he isn’t. The ‘031z’ are big talkers but they need to come back down to reality a bit. With Demarte fighting Wesley and me fighting Donavin, we’ll see who says what afterwards. Donavin’s biggest asset is his boxing, he has a hectic left hook but apart from that I don’t see much to fear. He had a very bad loss against Danie van Heerden by rear naked choke and I beat Danie at a jits competition twice just weeks before. This fight is a big opportunity for me and I look forward to ruffling some feathers and messing up the pecking order at middleweight!”