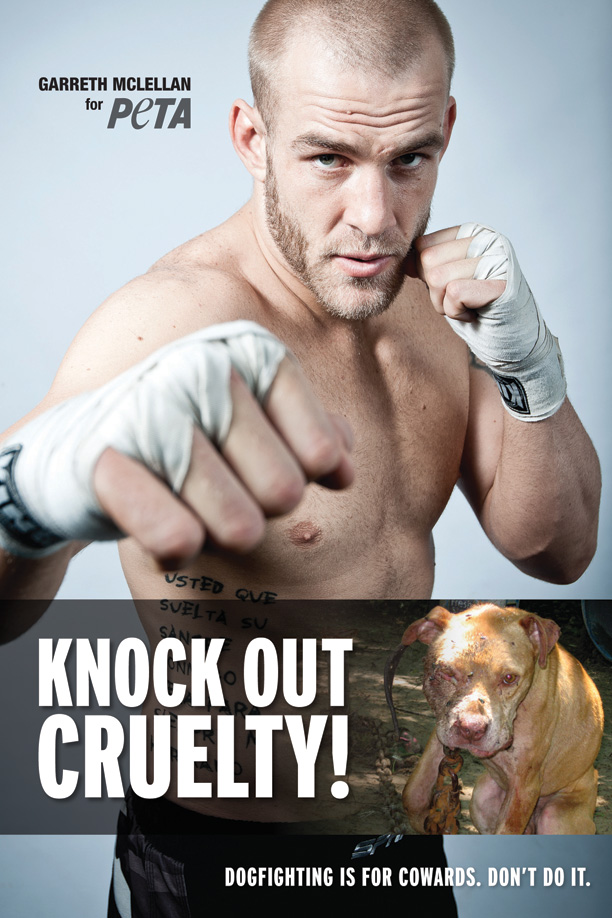 EFC AFRICA athletes Garreth “Soldierboy” McLellan, Richard Quan and Norman “Chef” Wessels have joined the fight against cruelty to animals. The compassionate trio has starred in ads for People for the Ethical Treatment of Animals (PETA).

Garreth takes a hard stance in his new “Knock Out Cruelty” anti-dogfighting ad. Unlike Garreth, dogs used for fighting don’t choose to step up to their opponent. They are trained to fight through fear and punishment. After they have been forced to fight, dogs are left ripped apart, bloody, soaked in urine, unable to walk and covered with cuts, bruises and scars. The “losers” of these fights are often killed by their handlers. 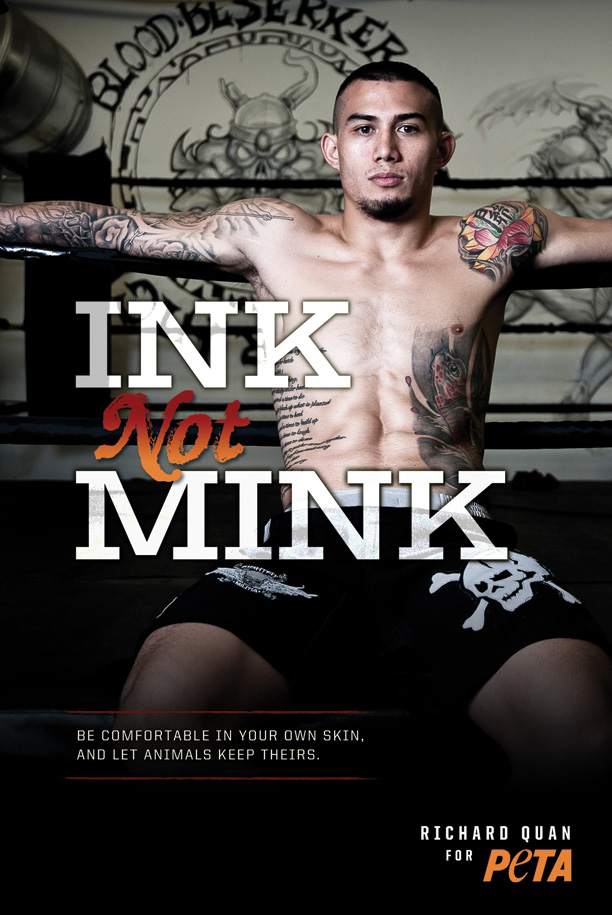 In Richard’s ad, he tells us to “be comfortable in your own skin, and let animals keep theirs”. Richard chooses to step into the cage for a fair fight – but there’s no such thing as a fair fight for the millions of animals confined to cages on fur farms, facing slaughter through beating, electrocution or even being skinned alive. 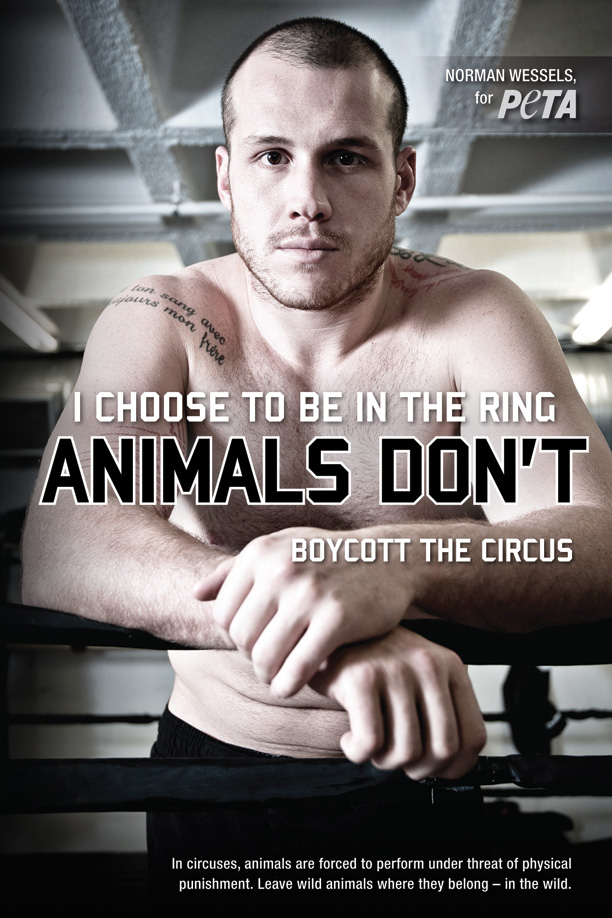 And in Norman’s ad, he explains why he wants people to boycott the circus, saying, “I choose to be in the ring. Animals don’t”. Animals used in circus acts are not only pushed hard but also trained through fear and punishment to perform difficult and unnatural tricks night after night. An undercover investigation into Brian Boswell’s Circus found elephants chained by their back legs in the searing heat for up to 19 hours a day and training that included the use of bullhooks – an instrument resembling a fireplace poker – on elephants’ soft-tissue areas