All 13 Bouts to Go Ahead Tonight! 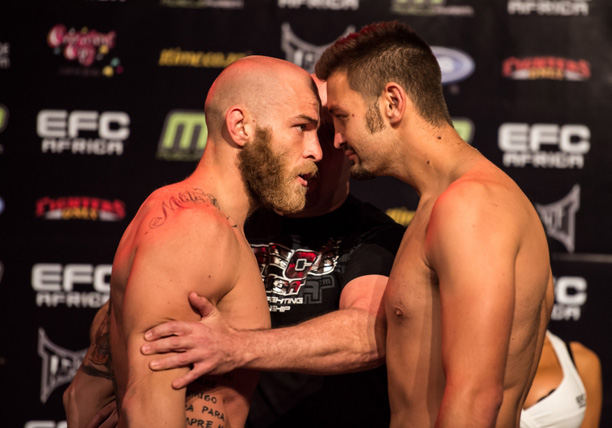 All 26 athletes are restless and ready to impress their fans tonight! Prepare for Africa’s fastest growing and most exciting sport! If you have not already made arrangements to view EFC AFRICA 14, your options are:

Online pay-per-view – all 13 bouts: All the action of Africa’s biggest MMA event is just a click away at http://shop.efcafrica.com/vault/efc%20livestream.aspx View EFC AFRICA 14’s first two undercard bouts at no charge, then purchase bouts three to ten for R95, eleven to thirteen for R125, or the entire undercard and main card combined for R195. Once purchased, bouts can be viewed as many times as you like within 24 hours. Bouts will be available for purchase before, during and after the event takes place.