Buirski Back For More At EFC AFRICA 15 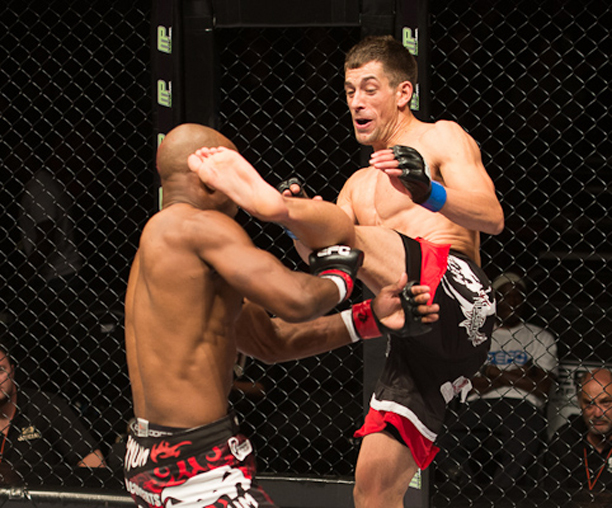 Johannesburg (South Africa) – Devastating Muay Thai striker David Buirski jumps straight back into the mix after his successful EFC AFRICA debut at EFC AFRICA 14. At EFC AFRICA 15, the 3 win 0 loss welterweight will face Nolan Swanepoel, one of EFC AFRICA’s most well-known and well-rounded athletes. Despite Swanepoel’s experience advantage, Buirski believes he has the striking ability to make sure his hand will be raised in victory. “I’ve seen a lot of Nolan’s fights and I know he’s seen a few of mine. He’s very technical, with a good overall game, but I think his ground skills are where he stands out. I believe my stand-up is a lot better than his and I bring more power to strikes. I have great respect for Nolan but, come 27 July, it’s going to be war in the cage.”

Buirski proved himself an exciting fighter at EFC AFRICA 14 where he defeated Kelvin Mwale via TKO in the final seconds of the first round.
“The fight went exactly according to plan! Just like I said before the fight, I’d be too fast for him and able to stay on the outside and land shots at will. After I landed the first leg kick I knew I could land a hundred more if I wanted. After a few Kelvin tried to grab the kick so I went high and managed to knock him down with the second one, then use ground ‘n pound to finish the fight. My EFC debut was great! It was the calmest I’d ever felt for a fight, no nerves at all and I thoroughly enjoyed it. After EFC 14 I took a week off and ate a lot, but now I’m back to serious training and dieting. The welterweight division has a lot of formidable opponents: Martin, Dino, Dallas, Michiel and more, so I’m happy to just take fights as they come and not look too far ahead. I’ll let my fists do the talking and let EFC matchmaker Graeme Cartmell do the matching!”