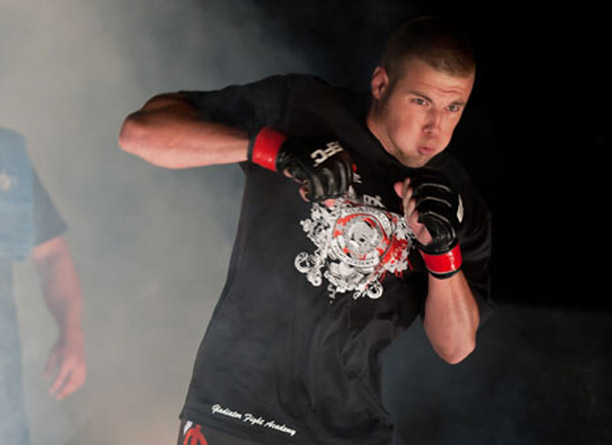 Johannesburg (South Africa) – Durban’s Armand de Bruyn is one of EFC AFRICA’s fastest rising middleweight prospects. Since joining EFC AFRICA and embarking on a professional MMA career in February 2011, De Bruyn has picked up 3 wins and 1 loss and is now ranked as one of SA’s top 5 middleweights. On 27 July he will face Tumelo Maphutha, a formidable kickboxer who will be making the cut from light heavyweight to compete in the middleweight division for the first time. Although De Bruyn’s victories have usually come from judo and grappling-based attacks, he warns that he has been sharpening his strikes for a toe-to-toe battle.

“I know Tumelo is a strong striker and a tough opponent as I have seen from his previous fights, so I am sure this is going to be an interesting stand-up battle.” says De Bruyn. “I am lucky to have tall opponents to train with and I am keen to prove that my stand-up has improved immensely since my last bout at EFC 13. I hope Tumelo is ready for an all-out war!”

The middleweight division is stacked with talented athletes, but a win would put De Bruyn in a strong position for a future title shot, and he is well aware of how much is riding on the clash with Maphutha. “I don’t care who I fight or when, I deserve a title shot and the opportunity will come soon. I’m excited to get business done and take another step closer to title contention, and I am thankful for every opportunity EFC AFRICA gives me to fight.”