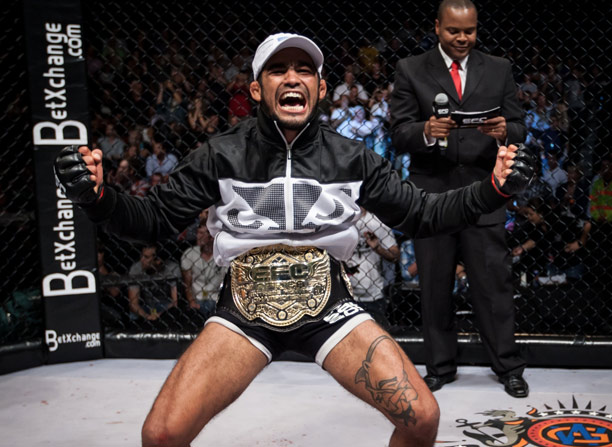 Costa, originally from Brazil but now fighting out of Cape Town, secured the title at EFC AFRICA’s first ever Cape event, EFC AFRICA 13, and will once again face a championship bout in front of a hometown audience.
“It has always been my dream to be a champion and now I’m living that dream,” says Costa. “Since winning the title I feel that I have become even more at home in Cape Town. My students at Pride Fighting Academy see me differently now, not just as an instructor but as a role model, and I feel that when I fight I am representing more than just myself and my team. In Brazil I had so many fights, some beautiful ones, but nobody really cared. But here in South Africa, because of the popularity of EFC AFRICA, it’s like I am a hero when I walk down the street! People stop me for autographs and are really excited to meet me. It’s a good feeling! It motivates me and makes me love this place even more!” 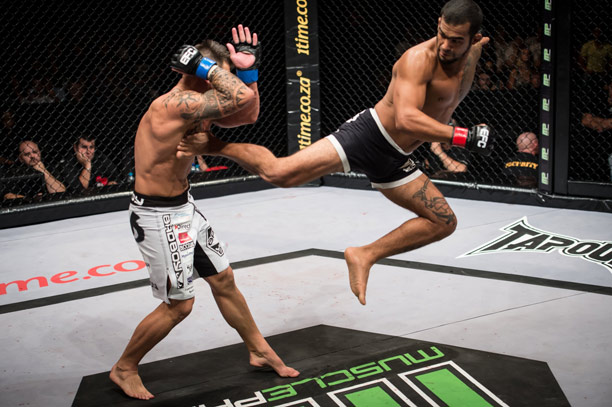 Costa is currently in Johannesburg for a week, training with EFC AFRICA heavyweight champion Ruan Potts and middleweight prospect Tyron Rightford, and departs for Brazil next week with Rightford, to train under world-renowned MMA experts for a month. On 21 September, Costa will put all his training into practice as he attempts to hold onto his belt.
“I have enough time to prepare for Michiel. I know he is mainly dangerous on his feet but I don’t think he is so good on the ground; from what I have seen he does not have much game there. Some people have said to me that the fight should be easy because James Rennie beat Michiel twice and I beat James in 2 minutes, but I don’t think like that. I am preparing as if Michiel is a big monster and the toughest guy I will ever fight. I read his story in Fighters Only magazine, where he said that I am only good when guys give me space to work and that he is going to come forward and attack the whole time. I hope he does not change his mind! I want to stand with him and attack the whole time, just like Wanderlei Silva, the fighter who inspired my fighting name! I want to give the fans a big show and I promise I’m going to make Michiel feel sick inside that cage!”