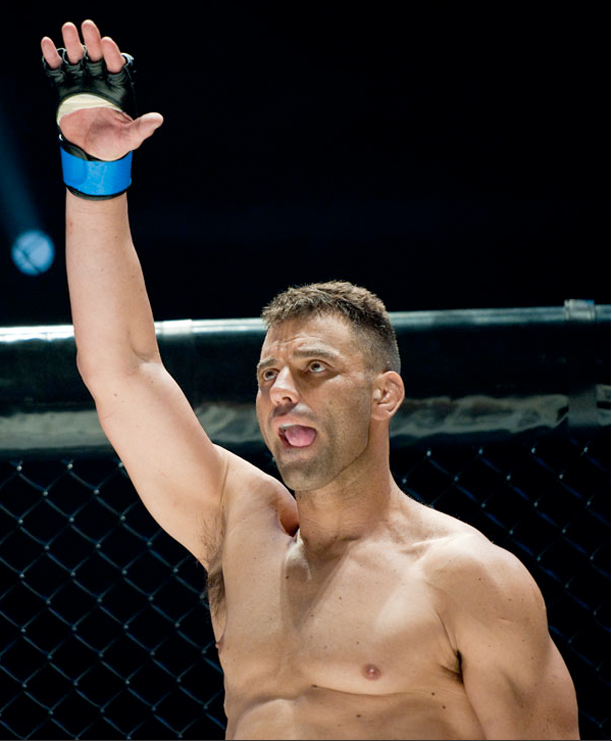 Johannesburg (South Africa) – At EFC AFRICA 15 on 27 July, the first bout of the night features Johannesburg light heavyweight Lance Ceronio, a former boxer who hopes to make a triumphant return to EFC AFRICA after more than 18 months out of the hexagon. Fans will be able to see the bout at the live event and Nu Metro cinemas, as well as free of charge on Facebook at www.facebook.com/EFCAFRICA

Ceronio last fought at EFC AFRICA 06 in December 2010 and is excited to be back in action. “I’ve been training hard since EFC AFRICA 14 on 1 June, because watching that event inspired me to get back into competition. When I was offered a spot on the fight card for EFC AFRICA 15, I took it without hesitation. EFC could have matched me up with anyone and I would have taken the fight because I was just so excited to have another opportunity.”

Ceronio will face Durban’s Dain Neveling, another athlete respected for his heavy hands. “All I know about Dain so far is that he lost his last fight to Norman Wessels. However, that doesn’t mean I’m going to underestimate him. I will be doing my homework, studying his fighting style for the next two weeks before the fight.”

In the last few months, Ceronio has changed gyms and now fights out of Tapout Academy in Northcliff, Johannesburg. “I approached Wiekus Swart from Tapout Academy and organised a few sessions with him, and then joined the team properly. Tapout is growing nicely and there are a few big boys and other EFC fighters that roll there like Sean Robinson and Bernardo Mikixi, so I know I have good training partners. On 27 July I will have my hand raised in victory because of superior conditioning, strength and fitness.”