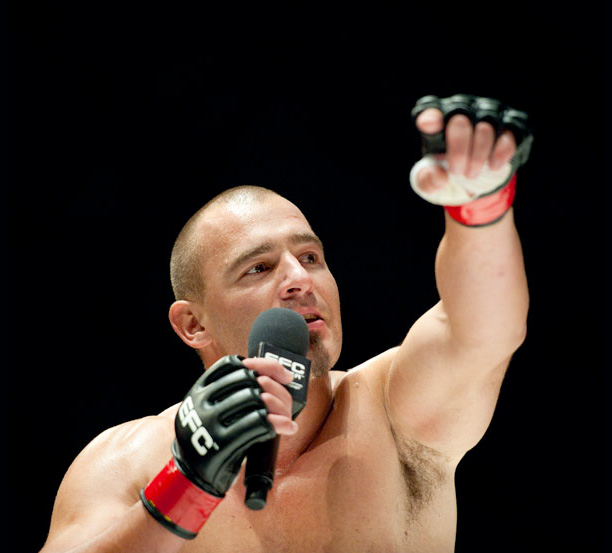 Johannesburg (South Africa) – The light heavyweight division is the only division at EFC AFRICA without a champion. This will change on 27 July when JP Joubert meets Norman Wessels at EFC AFRICA 15.

“At the moment, Norman Wessels is probably the best light heavyweight for me to be matched against even though I’m not that impressed by him, standing or on the ground,” says Joubert. “He’s not bad, but I’m not threatened at all.”
To prepare for the title shot, Joubert has been training all over Johannesburg, from Springs, to Northcliff, to Ruimsig and more, even training with former world sumo wrestling champion Mark Robinson.
“There’s a nice saying I read in a book recently, ‘no one has the monopoly on good ideas.’ I believe that can be applied to MMA quite easily by training here and there, taking knowledge from a number of sources and putting together a complete skillset. Three months ago I started on a new conditioning program and the results have been astonishing. My power, speed and agility have shot up and I believe I’ll be in the best condition that I’ve ever been in for a fight. My diet and weight are on track, I’m currently at about 96kg so I don’t really have to cut any water, just eat correctly until weigh-in on Thursday.”

According to Joubert, there are no two ways about it, the title will be his.
“It’s my time to win. I’ve put in a lot of hard work and I’m a warrior that will fight to the end. I’m going to become champion and step out of anonymity.”