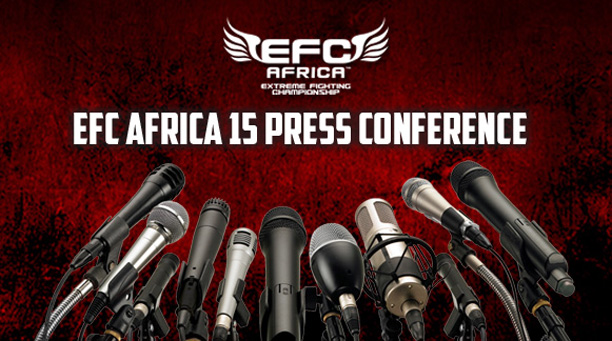 Athletes from the evening’s main card bouts and EFC AFRICA president Cairo Howarth will be available to answer questions, and Submission of the Night, Knockout of the Night and Fight of the Night will be announced. Fans can submit questions via Facebook and Twitter to EFC AFRICA during the live event and have these questions answered by the relevant athletes or Howarth during the press conference. The press conference will be open to members of the press as well as the general public.