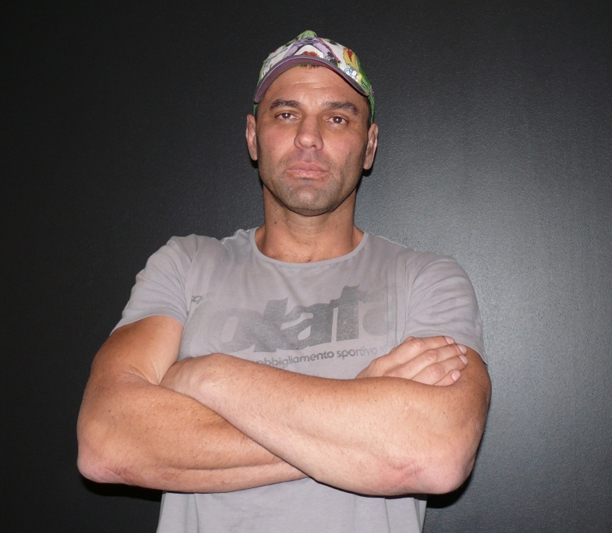 Johannesburg (South Africa) – With a first round submission victory over Mahmoud Salama at EFC AFRICA 15, Lance Ceronio has re-entered the light heavyweight division as a formidable contender.

After roughly two years away from the hexagon, Ceronio describes his return to EFC AFRICA as unlike any bout he’d had before.
“I was confident, focused and calm,” said Ceronio. “I really enjoyed walking out to the cage and, when I was inside looking across at Mahmoud, everything felt clear and easy. I think the reason everything felt different was because I was properly prepared this time, thanks to Tapout Academy’s Wiekus Swart, Walter Wendt and all my sparring partners. Obviously I was happy with the outcome of the fight because I won, but I was happy with my performance too. I expected Mahmoud to come out firing on all cylinders but he held back and waited for me to make the first move. As a kickboxer, he wanted to stand back and bang, but I took my opening and closed the gap so that I could take the fight where I wanted it to go, the ground. Mahmoud managed to mount me but he didn’t secure it, so reversing position wasn’t too hard. From there he turned and gave me his neck and I managed to choke him. The fight was over quickly, which just comes down to the old philosophy of ‘train hard, fight easy.’” 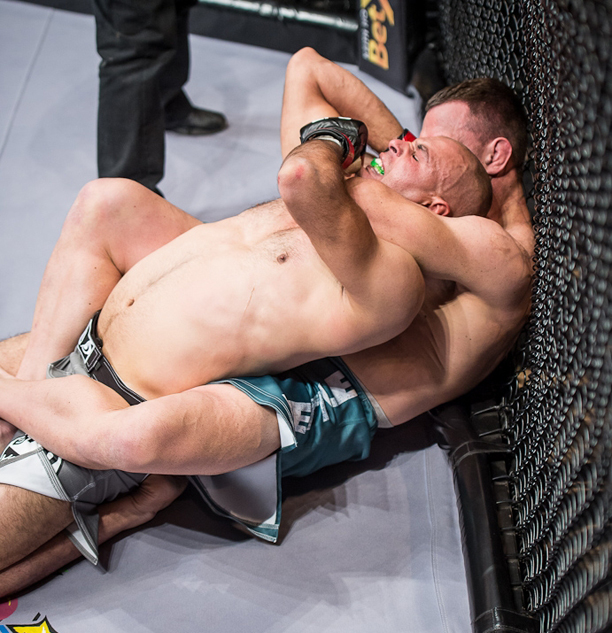 After his bout at EFC AFRICA 15, Ceronio made sure to keep his eyes peeled for the evening’s main event, JP Joubert vs Norman Wessels. When Joubert emerged as light heavyweight champion, Ceronio knew who he’d have to defeat to capture the belt.
“What an awesome slugfest JP and Norman gave us! It was a good barroom brawl, practically a Saturday night in Boksburg! I think JP’s a cool dude even though we fought before and I lost. I did a stupid weight cut before the fight, one of my ‘science of Lance’ weight cuts that left me with no energy. I’m a lot better and a lot better at cutting weight now so I definitely think I’d give him a better go if we had to fight again! I feel good with where I am in the division at the moment and just want to keep slogging away. Apparently I’m being considered for the EFC 16 fight card in October, but if I can’t get a spot there, then I definitely want to be back in November.”