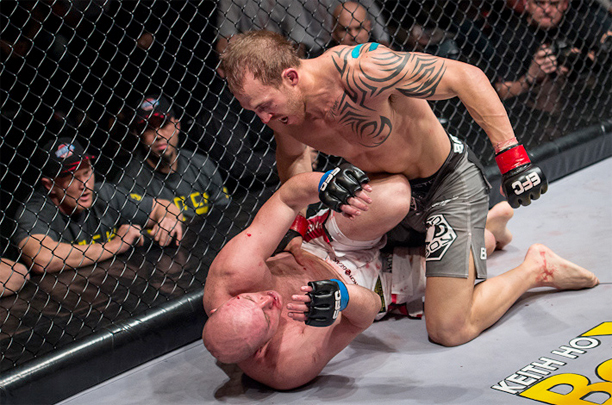 Johannesburg (South Africa) – After two years away from the action, Darren ‘Double D’ Daniel delivered an emphatic beat down as if he’d never left at EFC AFRICA 15.
“It feels so good to be back!” says Daniel. “I think that the energy around MMA has changed in the last few years, and feeling that shift at EFC 15 was great. After the training camp I had and getting the win, I’m just ecstatic and my passion for MMA has reached a new level.”

According to Daniel, the bout with Tyron Rightford taught him a few things, and he’ll be back stronger than ever when he next enters the hexagon.
“All Tyron really managed to do was hit me with one upkick. However, I’m always in pursuit of perfection and, after seeing the fight, I know I have a few things to work on. There was a bit of ring rust, which was expected, but now I hope to mould myself into a better athlete. Since the fight I’ve been taking things easy and haven’t been in the gym too much, but now the fun times are over and I’m back to training from Monday. At this stage I’m not sure when I’ll be fighting again or who I’ll be facing. I leave that up to my coach and EFC AFRICA.”