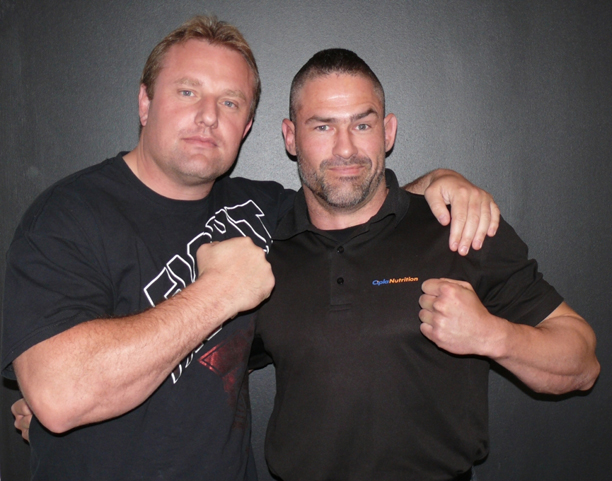 Johannesburg (South Africa) – There’s a new monster in EFC AFRICA’s middleweight division! Sean ‘The Monster’ Robinson has taken the decision to cut down from light heavyweight to enter what is, in his opinion, the promotion’s toughest division.

“There are a lot of talented guys in EFC AFRICA’s middleweight division and a lot of opportunities for me to have interesting fights,” said Robinson. “Usually you might think that moving down a weight class would make things easier, but I don’t think that’s the case with this division at all. There are no easy fights for EFC middleweights and I look forward to testing myself in this highly competitive division.” 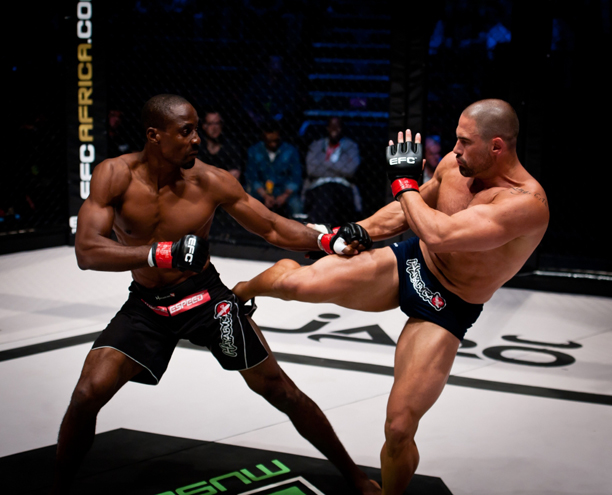 According to Robinson, changing weight classes was a joint decision by him and his team. “One of the usual indicators of which division to compete in is height. However, I’m heavier than most due to my weight training background, so things weren’t as clear cut. I believe that the move to middleweight will be a good decision for my career, and I should be the strongest middleweight by far. As we look to the overseas MMA community and see how ripped they are all the time, I’m sure that more local MMA athletes will drop a weight class or even two in future.”

Robinson is training hard and dieting hard to make sure that he’ll be able to reach the 84kg mark by 19 October for EFC AFRICA 16.
“I’ve just signed a new 18 month contract with EFC AFRICA and I can’t wait to show what I’ve learnt since I joined Tapout Academy. Since making the decision to drop to middleweight and compete in October, I’ve been training the hardest I ever have and sticking to a strict eating plan. To help with my diet, I actually park outside McDonalds or KFC and sit there with my eyes closed, shovelling tuna and broccoli down my throat. The junk food smell makes the diet just about bearable.”

Robinson last fought at EFC AFRICA 12 in March, where he lost to Raymond Ahana.
“I take nothing away from Raymond, he fought a good fight. From my side, the approach that I took with my camp just didn’t work out. From weigh-in to fight night I put on 17kg, was sluggish and uncomfortable, and I think people could see that I wasn’t myself. The loss was my first ever and a learning experience. I’m glad it happened because without it, I would not have changed to get where I am now.”

See Robinson in action at EFC AFRICA 16, presented by MusclePharm, at the Carnival City Big Top Arena on 19 October. Tickets on sale at Computicket www.computicket.com and tickets for the live broadcast to Nu Metro Cinemas available soon at www.numetro.co.za. The three main card bouts will be broadcast live across Africa on e.tv, starting at 22h30 CAT.