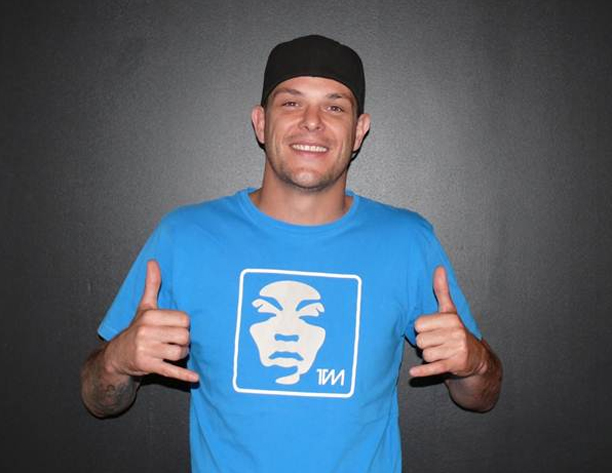 Johannesburg (South Africa) – Top welterweight striker Dino ‘The Lion’ Bagattin is looking forward to getting his claws into Neil ‘The Original’ Diesel at EFC AFRICA 17 this November. Both are respected for their boxing, and Bagattin vows to aim for a knockout in another furious brawl.

“This is a fight that a lot of people want to see and it’s definitely a fight I want,” says Bagattin. “Neil is known as ‘The Original’ because he’s one of SA’s first MMA fighters. However, he’s not that much older than me, and while he was fighting over here, I was in the UK winning Muay Thai titles, so I’ve been in the fight game just as long as he has. It seems he’s got his act together and is back training with Rodney King, so he’ll be sharpening his ground game, but his main strength, from what I’ve heard, is his boxing. It looks like the fans can start licking their lips for another strike fest! I like being a crowd pleaser because the fans are the ones buying the tickets and I want to give them a fight they’ll remember. Neil’s got a point to prove after his debut loss and I’m a hungry SOB after my loss to Martin van Staden, so expect blood and broken bones… hopefully not all mine!”

In Bagattin’s last trip to the hexagon, he was forced to tap out in the third round thanks to Martin ‘The Punisher’ van Staden’s jiu-jitsu.
“It still hurts! But getting tapped out in two of my last three fights has highlighted where I am with my ground game, and I’ve taken positive lessons from that. In both fights, I was winning until we went to the floor, so we’ve analysed why I was freezing on the ground and we’re ironing out the problems. My losses haven’t demoralised me, I’ve bounced back and I still consider myself one of the top welterweights in the country.”

With the welterweight title on the line at EFC AFRICA 16, Bagattin will be watching very closely to see whether Michiel Opperman or Jadyson Costa emerges at the top of the food chain.
“I know that Michiel’s been wrestling every day, so he obviously knows what he’s in for! In my opinion this is going to be a classic wrestling vs BJJ match-up. Jadyson’s a good fighter, as we saw when he took the title from Dallas Jakobi, but I think Dallas showed him a little too much respect in that bout. We all know Jadyson’s a BJJ black belt and that if he gets you to the floor he’ll most likely make you tap out, so if you get in the cage with him you should at least try to take his head off! I’ve met Jadyson, he’s a nice guy, a crazy Brazilian and he loves to party. But Michiel’s always been a dark horse, in fact that’s what he should use as his fighting name, and I have no doubt that he’ll take the fight to Jadyson. Even though Michiel beat me recently, I’ll be supporting him because he’s a fellow countryman and I’d like the belt around a South African waist.”