Groenewald VS Kazadi At EFC AFRICA 16 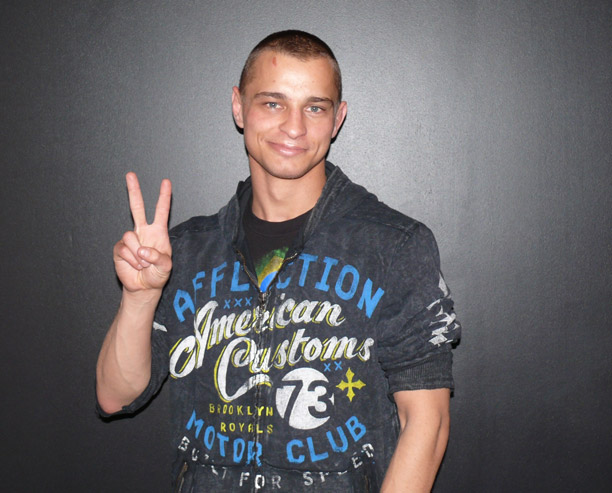 Groenewald is a 27-year-old decorated Brazilian Jiu-Jitsu practitioner and earlier this month won his division at the SA national FILA grappling championship. Since starting MMA in 2010, he has achieved a professional record of 2-2 but has lost both his EFC AFRICA bouts so far by judges’ decision.
“In my last bout I got caught up in a brawl, which really isn’t my style,” says Groenewald. “Dino Bertolis and I got the crowd going, but I should have played to my strengths, got the fight down and dominated on the ground. There were moments where I felt I could have ended the fight but I just didn’t take them. It was a three-round war, it didn’t end as I wanted but it gave me experience and motivation for my next fight.”

With just over a month to go until Groenewald steps into the cage, he says he’s well on his way to being ready for anything.
“I’ve been training hard for ages, hoping for the call to get onto the EFC AFRICA 16 fight card. My training camp has been a joint venture between Rio Grappling Club Springs and Xtreme Kickboxing Technologies, so all aspects of MMA are covered and people are going to see a new Francois in October. Already I’m in the best shape of my life and my fitness has improved dramatically thanks to crossfit with Shane Goncalves.”

As EFC AFRICA’s newest division, featherweight has come a long way in a short time and Groenewald hopes that a dramatic win will catapult him up the ranks.
“Featherweight is a killer division! We’ve already got a great group of talented, mean-looking guys, and more lightweights are dropping down to join us all the time. We’re in for interesting times and I can’t wait to be part of the action again and see how things develop.”