Henderson Back In The Hot Seat For EFC AFRICA 16 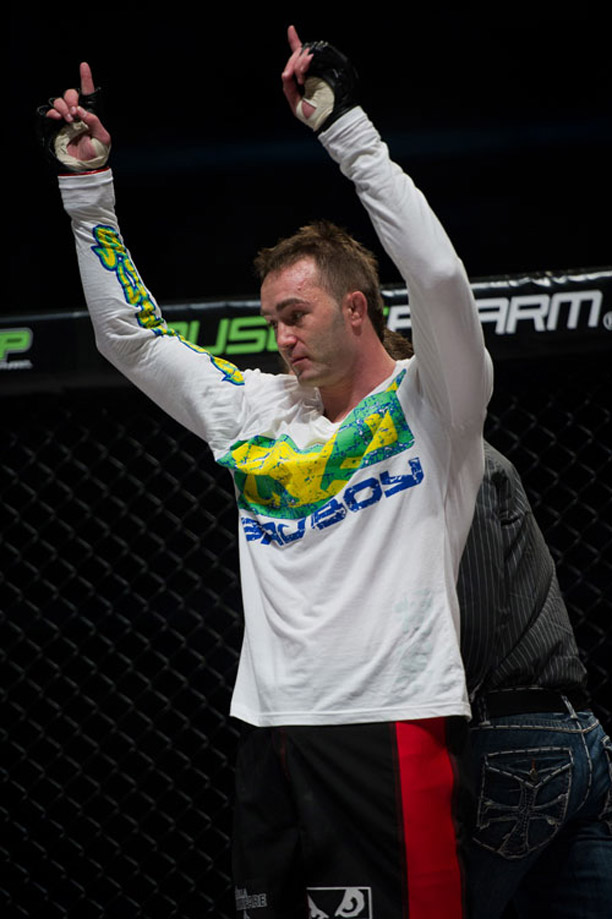 Johannesburg (South Africa) – A cancellation on the EFC AFRICA 16 fight card means that Wade ‘GOAT’ Henderson now has the opportunity to compete one month earlier than expected. Despite EFC AFRICA planning for Henderson to compete at EFC AFRICA 17 in November, he will now face fearsome Thai boxer Tumelo Maphutha on 19 October.

Henderson has won two bouts in a row, and now has a professional record of 23 wins, 11 losses. “I’ve known Tumelo for many years, since our Thai boxing days when he was a heavyweight, and I count him as a friend. He’s a fantastic person and it’ll be an honour to square off against him in the cage. In terms of his skill, he’s a great stand-up fighter and he can clearly survive on the ground, as we saw in his fight with Liam Cleland. Tumelo’s definitely a versatile threat and he’s very tough, but I think I bring a lot more to the game than he does; my strikes are just as good, if not better, and I’m far more experienced on the ground.”

Henderson eagerly accepted the bout, saying he wanted to take the earliest poosible opportunity to perform for his fans. “I like to think of myself as a real fighter, a guy that’s always ready to step into the cage on a moment’s notice. Earlier in the week when it seemed like I’d have to wait until November to compete, I let my diet slip, but it was only for one day, so not a train smash. EFC AFRICA 16 was what I was initially training for and it’s what I wanted, so having the opportunity put back in front of me is really exciting.