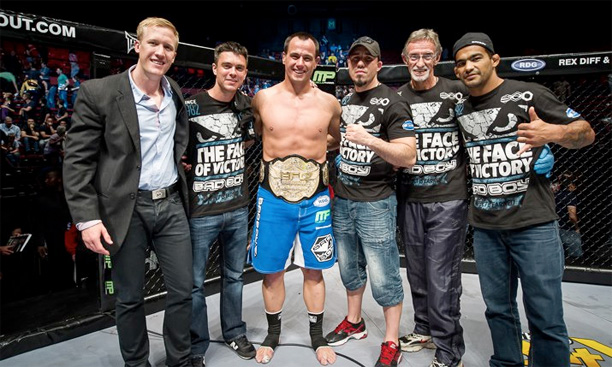 Johannesburg (South Africa) – Battles were fought, blood was shed and new champions were born at EFC AFRICA 16 at Carnival City’s Big Top Arena on 19 October. At 22:30, e.tv and Fight NOW! TV picked up the evening’s main card bouts for broadcast to millions of viewers.

Michiel Opperman shocked pundits when he beat Jadyson Costa claiming the welterweight title. Opperman immediately went for the kill and took Costa to the ground, sinking in a rear naked choke. A new reign in the welterweight division has dawned on EFC AFRICA. 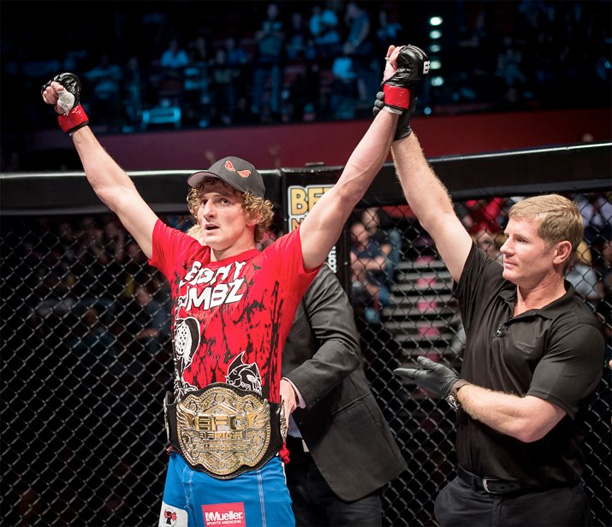 The featherweight title bout between Demarte Pena and Terrence Griessel went the full five rounds to the judge’s scorecards, pushing the athletes to their limits. Both showed perseverance and skill but after the twenty five minutes, Pena was dominant and successfully defended his title by winning via unanimous decision. Griessel, a late replacement for the injured Wentzel Nel, had four weeks to prepare for the bout and proved he was a worthy contender. 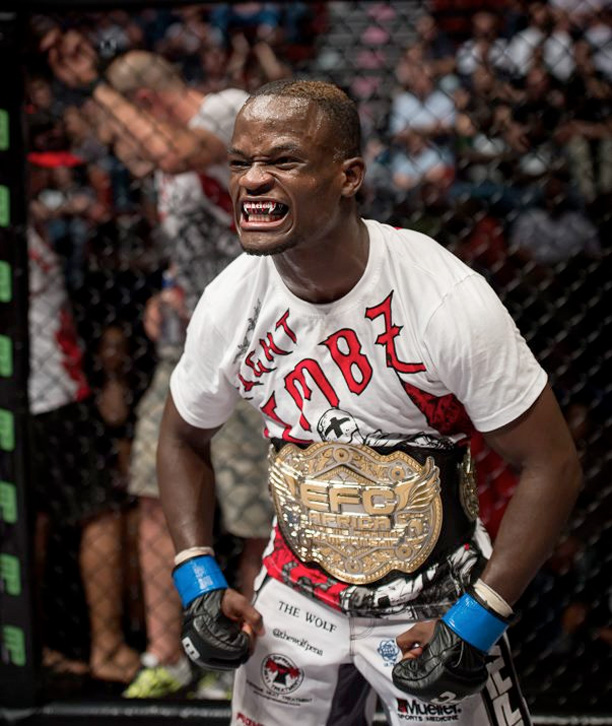 The main event of the night was indeed a spectacular display of heavyweight action. Mikixi came crashing into the fight, rattling Potts with his trademark “hammer”, and there was doubt if Potts would recover from the first round assault. The champ dug deep turned the fight around, stamping his authority on Mikixi and raining down with heavy elbows, claiming a TKO victory in the second round.

Fight of the Night went to welterweights JC Lamprecht and Daniel Sinclair, a highly entertaining bout filled with hard-hitting action. Sinclair was continually landing crisp strikes, forcing the TKO victory in the second round.

Michiel Opperman was awarded Submission of the Night when he surprised the black belt Jiu-Jitsu expert and former welterweight champion, Jadyson Costa, by displaying that he has submission skills of his own. The dark horse challenger came out blazing with aggression, and clinched the title with a rear naked choke in the first round.

Knockout of the Night was raked in by featherweight Gareth Buirski in his bout against Markus Taljaard. Buirski’s massive overhand right knocked Taljaard out cold in the second round, sending Taljaard crashing to the canvas.

EFC AFRICA 16 was presented by MusclePharm, BetXchange, RDG, Nemiroff Vodka, TapouT, Fighters Only magazine and Carnival City Casino.
EFC AFRICA returns to Carnival City on 23 November for EFC AFRICA 17. Tickets on sale at Computicket www.computicket.com and tickets for the live broadcast to Nu Metro Cinemas available soon at www.numetro.co.za. The three main card bouts will be broadcast live across Africa on e.tv, starting at 22h30 CAT.