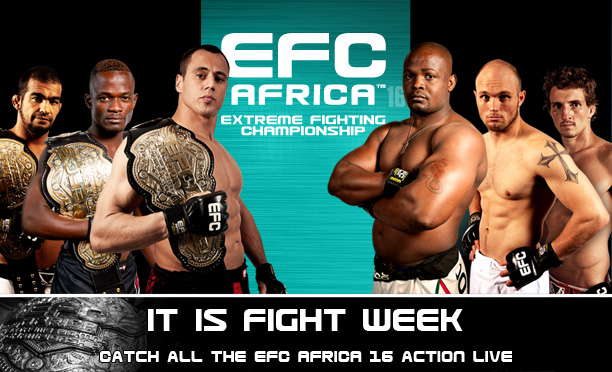 Johannesburg (South Africa) – It’s fight week and the excitement is reaching fever pitch with only four days to go until fight night on 19 October at Carnival City’s Big Top Arena. With thirteen exciting bouts, including three title fights, is definitely not to be missed. Ruan Potts and Bernardo Mikixi will be battling it out for the heavyweight title, Demarte Pena and Terrence Griessel fight for the featherweight title, and Jadyson Costa will defend his welterweight title against Michiel Opperman.

To get a taste of the electric MMA atmosphere before fight night, get down to the Mardi Gras Theatre at Carnival City on the 18th of October. Weigh-in will start at 13:45. Entrance to the public is free, so come and show your support for your favourite athletes.

Here is how to make sure you don’t miss one kick, slick submision or hard-hitting blow.
Taljaard