Champion confident that he will keep the title 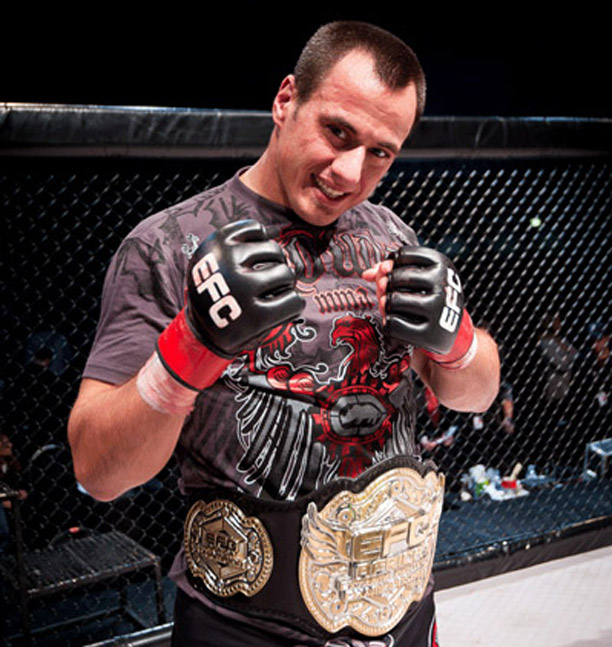 Johannesburg (South Africa) – The tension and excitement builds – fight night is only four days away! The heavyweight champ, Ruan Potts, will defend his title against Bernardo Mikixi and Potts is more than confident that the belt is going home with him once again.

Potts has been training hard for this epic battle that awaits. “Training is going very well and I have no injuries holding me back. I have been training overseas and it has been a quite an experience to learn from the international athletes,” says Potts.

According to the champ, the level of competition at EFC AFRICA is on par with the top international promotions. “In terms of training it is very much the equivalent of what we have in South Africa, the only thing that separates local athletes is experience, but at the rate EFC AFRICA is developing we are catching up extremely quickly.”

Even with all his experience Potts still gets nervous during fight week and on the night. The ever calm Potts says “of course I get nervous, it’s a huge thing!”

Mikixi reckons that Potts and himself are both working towards the same game plan with a KO up their sleeve, but Potts disagrees: “I never look for a KO, I look for a win.” This epic clash of the titans is definitely one not to be missed.