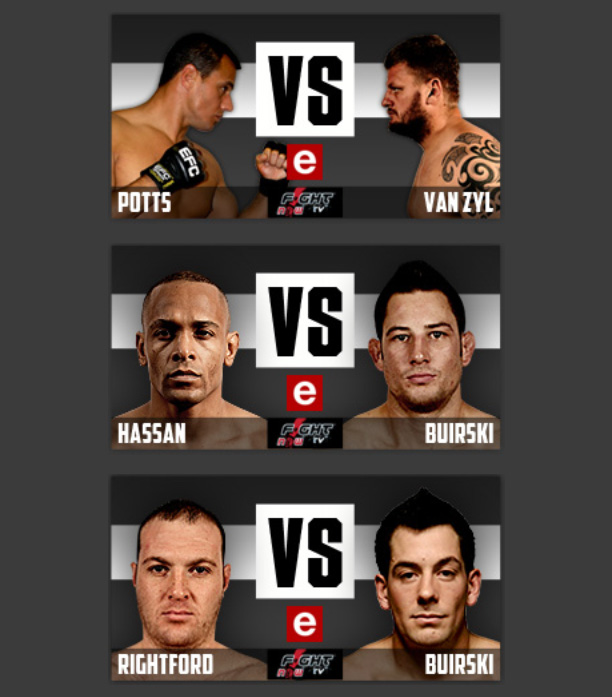 Johannesburg (South Africa) – EFC AFRICA 18 full fight card is nearly finalised, and fans can expect the last two bouts to be announced within the next week.

The main card bouts, which are broadcast live on TV across the globe, have seen an update with two explosive additions. Abdul Hassan vs. Gareth Buirski and Tyron Rightford vs. David Buirski have entered the live TV broadcast, joining the anticipated rematch of Ruan Potts vs. Andrew van Zyl.

“The two brothers have made huge names for themselves on the continent and Rightford and Hassan are top draw-cards, and besides the explosive action that we expect from these fights, all of these athletes really deserve to be on this exciting main card,” said EFC AFRICA President Cairo Howarth.