‘JMC’ Is Not Intimidated 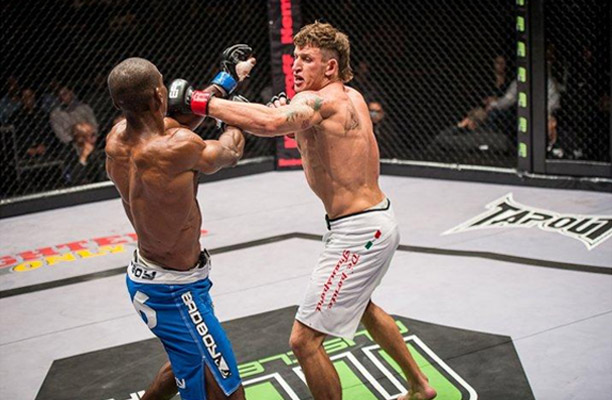 Johannesburg (South Africa) – On 1 March EFC AFRICA 18 is to see Jason ‘JMC’ Culverwell face his toughest test to date. Fraser ‘The Omen’ Opie is coming to town, a 15 Pro MMA fight veteran and holder of light heavyweight titles in both the States and the U.K. In contrast Culverwell has tasted the professional cage only twice, although he’s yet to be defeated.

“I’ve got a lot of amateur fights behind my name,” says Culverwell in response to the yawning gap between them. “I’ve watched a few of his fights and I haven’t been impressed. As a fighter I know it’s different watching a fight then being in it, so I won’t judge. I’m just going to work hard and see what comes. Besides, I appreciate fighting someone with a good record. If I win I’ll look even better.”

Culverwell is currently completing the first phase of his fight camp at Tiger Muay Thai in Chalong, Phuket, and feels his experience there is going to do a lot to help him cut Opie down.

“I feel focused and motivated getting to train with fighters from all over the world,” he says. “I’ve concentrated mostly on my stand up due to a knee injury on my second day at camp, but now that I’ve fully recovered I’ll be spending my last week on a lot of Jits. I’m pushing five to six hours daily. I’m feeling really good.”

Despite his relative inexperience Culverwell has already made huge waves in EFC AFRICA, beating Mahmoud Salama in his first fight and TKO’ing Raymond Ahana at EFC AFRICA 15 – where he fought on the main card. For someone so new to Pro MMA the experience was huge. “I was surprised to be on the main card so soon,” he says. “I was so nervous but knowing I had my home town tuned in there was no way I was going to back down. I couldn’t have done it without my team in my corner. My ears were wide open taking instructions.”

With his only income coming from fight winnings, a small garage gym that he co-owns and manages in Richards Bay and his Eight-Limbz sponsorship, he’s doubly motivated to take a step closer to a title shot.

“Fraser might be experienced and have some big wins,” he says, “but anything can happen in the cage. Every dog has its day. To him I say good luck chief, may the best man win, and travel safe. We’ll see who’s on top when the fight’s done and dusted.”