It’s the Veteran versus the Young Gun at EFC AFRICA 18, a difference in experience level that both fighters insist means little. 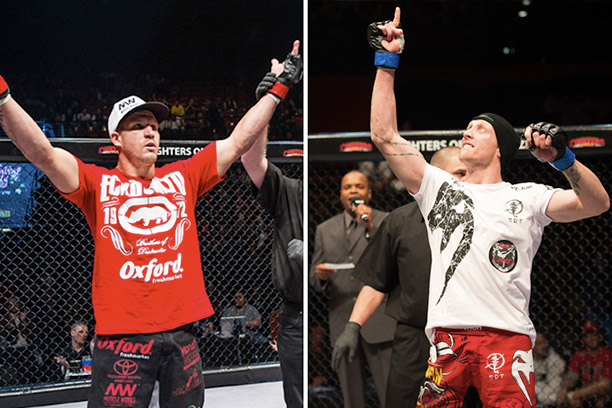 Johannesburg (South Africa) – On March 1 veteran fighter Donavin ‘Bam Bamz’ Hawkey (18-10) takes on up-and-coming kickboxing champion JP ‘Tinkerbell’ Kruger (3-0) in what many have dubbed a clash between experience and youth. The fighters themselves, however, disagree.

“Cage experience is not relevant,” says Hawkey. “The ever changing sport of MMA and the fact that fighters are always adapting or evolving means that, if anything, the only edge it gives me is the fact that I’ve been through more learning experiences than he has.”

“This is MMA,” agrees Kruger, “anything can happen anytime. That’s what makes it such an exciting sport.”

“He has nice, clean, straight punches and utilizes his reach well,” says Hawkey of his opponent. “He also has quite a good ground game with two of three wins coming from submissions.”

“Bam Bamz is a great boxer,” says Kruger of Hawkey. “Both of us are experienced strikers, I think it’s going to be a great battle.”

But while Kruger is coming off of a win Hawkey is smarting from a loss and it’s there, perhaps, that the value of experience will be shown.

“I hate losing,” says Hawkey of his defeat to Liam Cleland at EFC AFRICA 17, “it frustrates me like you cannot believe. The fights I saw of Cleland were an understatement of his true abilities. I ignored my ground training, focused on my stand up alone and come fight night I began doubting the effort I’d put in.” “This year my focus is on my own performance and goals,” he adds, “nothing he [Kruger] has to bring or say will affect that.”

“This is going to be an exciting bout filled with world class MMA, striking and probably blood,” says Kruger. “Tinkerbell versus Bam Bamz is definitely going to be one for the fans.”