2 Title fights, Opperman vs. van Staden and Pena vs. Nel 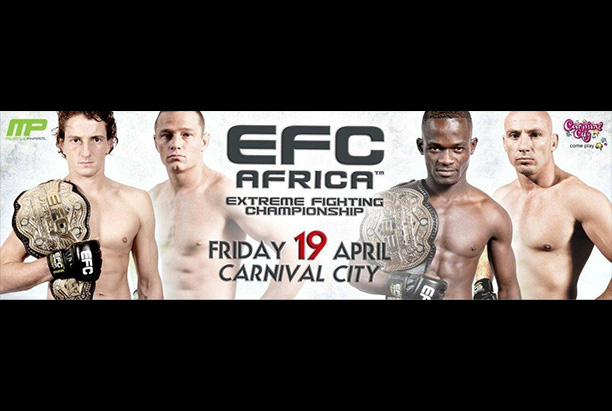 Johannesburg (South Africa) – EFC AFRICA 19, April 19. In what is expected to be a total onslaught of action, champion Michiel Opperman, who is undefeated in the EFC AFRICA Hexagon, will face off with van Staden for the welterweight championship. So much has changed since their last bout, what will the outcome be now that EFC AFRICA gold is on the line?

Plus, former title holder Wentzel Nel takes the fight to undefeated featherweight champion Demarte Pena, the encounter that has been on a collision course for months and Pena`s toughest opponent yet.

13 fights in 1 night, predicted to be two of the greatest title bouts in history!

Tickets for EFC AFRICA 19 open for sale on Monday 25 February at midday and are available through Computicket Computicket .