Four athletes step-up to fight at the last minute 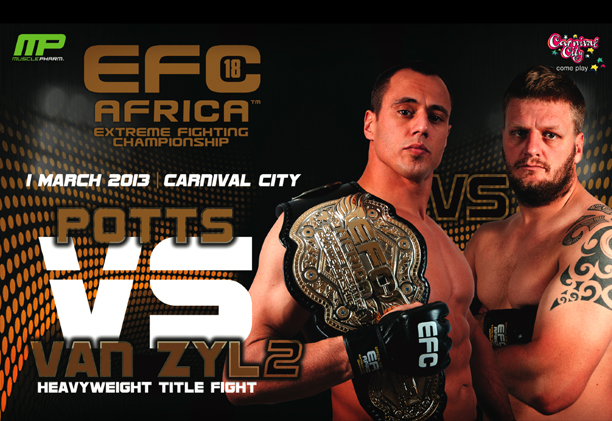 Johannesburg (South Africa) – As the clock counts down towards 1 March an unprecedented amount of last minute changes have been made to the EFC AFRICA 18 fight card, with four athletes grasping the opportunity by stepping-up to fight on just a few days notice.

The following four athletes have been taken off the card and are no longer competing in the prelim bouts:

• Alex Cheboub – Injured with a torn intercostal muscle
• Hector Brits – Injured with a fractured ankle
• Kelvin Mwale – Medically not cleared to compete
• Raymond Ahana – A late replacement for the injured Ian Visser, EFC AFRICA is unable to arrange a visa in time for the Nigerian to travel and fight in South Africa

“Never before have we had so many last minute changes to a card,” said EFC AFRICA President Cairo Howarth. “We are very grateful to the four athletes that have taken this opportunity and are stepping-up to fight on such short notice.”

“It has been a hectic 24 hours but I am very happy with the final outcome,” said EFC AFRICA Matchmaker Graeme Cartmell. “Johan, David, Tumelo and Peter are all quality athletes and I’m looking forward to all of these fights.”