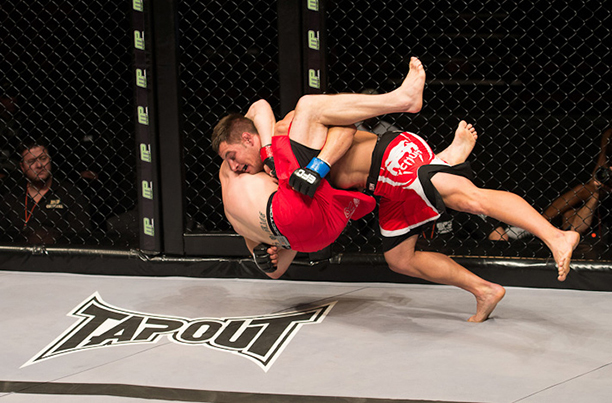 Johannesburg (South Africa) – This Friday Gareth and David Buirski face Abdul ‘Hollywood’ Hassan and Tyron ‘The Rush’ Rightford respectively in a first ever two-brother main card. Both Rightford and Hassan have called out their opponents with heavy trash talk, Rightford branding David a ‘headless chicken’ and Hassan likening Gareth’s swinging style to a monkey circling the cage. Gareth responds to Hassan below:

“I’m not really bothered about what Abdul has to say. He has had two decision wins which were lucky and a loss where he verbally submitted to strikes. As for him claiming to be the ‘best’ … I’m not really sure where he is getting this stuff from.”

“I come to finish fights and this fight will be no different. If my ‘lucky’ hand finds his chin he’s going to sleep. He can’t stop it and he knows that as well as I do. He’d better be prepared for one aggressive, lucky, monkey.”

All four fighters will face each other for the first time at the official EFC AFRICA 18 weigh-in, held in Carnival City’s Mardi Gras Theatre at 13:45 (CAT), entrance free.