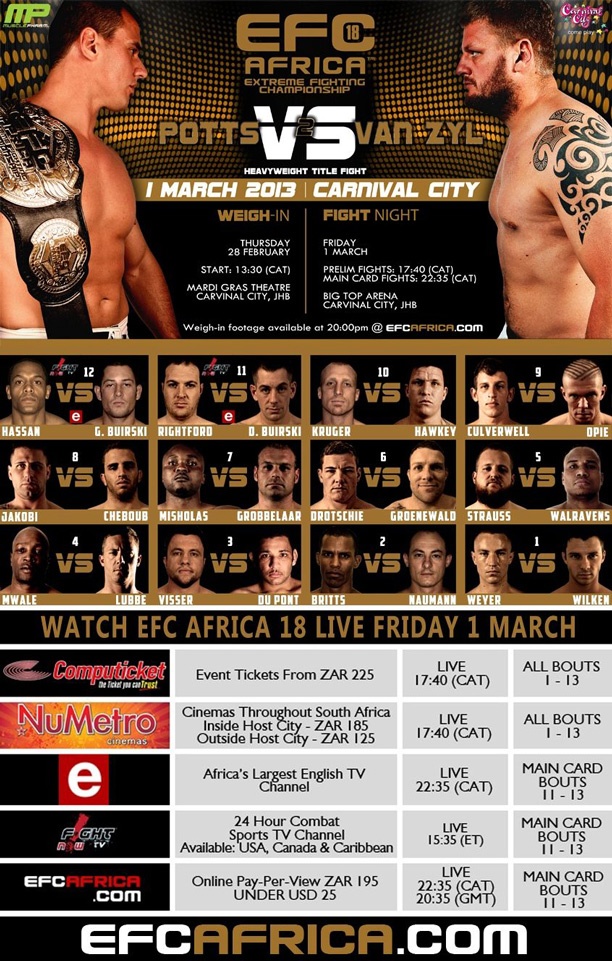 Plus the Buirski brothers, Gareth and David, clash with Abdul Hassan and Tyron Rightford in significant bouts for the featherweight and welterweight divisions.

With the heavyweight championship on the line, another five heavyweight and light heavyweight bouts on the card, plus seven more top match-ups including EFC AFRICA’s first bantamweight clash, this is a night of action not to be missed!