Smith Happy For Mclellan To Fight On

Smith out, Cleland in for EFC AFRICA 20 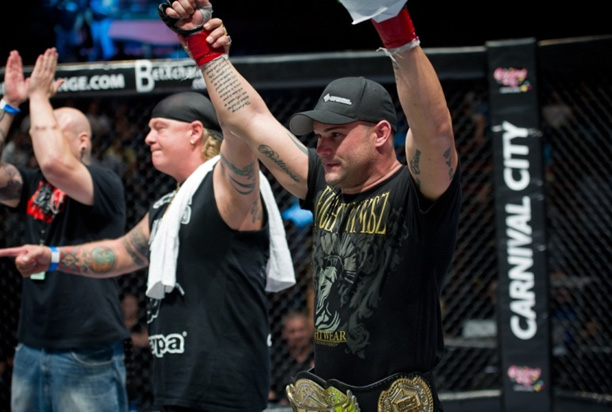 Johannesburg (South Africa) – Middleweight EFC AFRICA champion Jeremy ‘The Pitbull’ Smith is injured and out of action for the next eight to twelve weeks. The planned clash between Smith and former champion Garreth ‘Soldierboy’ Mclellan at EFC AFRICA 20 has therefore been cancelled. Middleweight Liam Cleland is set to face the Soldierboy instead.

“It’s an old injury,” says Jeremy Smith of his current situation. “A previous minor metacarpal fracture that’s flared up again, pinching nerves on the back of my hand.” “I’ve had an initial assessment and will get more details,” he adds, “but it’s definite surgery.”

On being told that Cleland is to face the Soldierboy instead, Smith had this to say: “Liam is a great fighter. He’ll dominate on the ground, but if Garreth sticks to his game plan, anything can happen.”

Of the back and forth between himself and Mclellan, the on and off state of their matchups, he has this to say: “It’s pretty simple. I beat him, we were going to fight again, I got sick, we were going to fight, he got injured. Now I’m injured.” “What I don’t understand,” he adds, “is why Garreth got an immediate title shot after losing anyway? Usually a guy has to prove himself again first.”

Questioned on the current state of the middleweight division and who he feels should be next in line for a title shot, Smith was happy to speculate.

“In the middleweights no one is 100% ready to challenge,” he says. “JP Kruger is injured … I hear he’ll also be out for a while, and Gareth hasn’t fought in a long time. He needs to get rid of some of the ring rust anyway, so I’m looking forward to seeing what happens.”

The Soldierboy visited the EFC AFRICA offices yesterday, and had this to say of the current situation between himself and Smith: