The Return Of The Chef

After a devastating battle with illness, Norman Wessels is ready to return to the cage 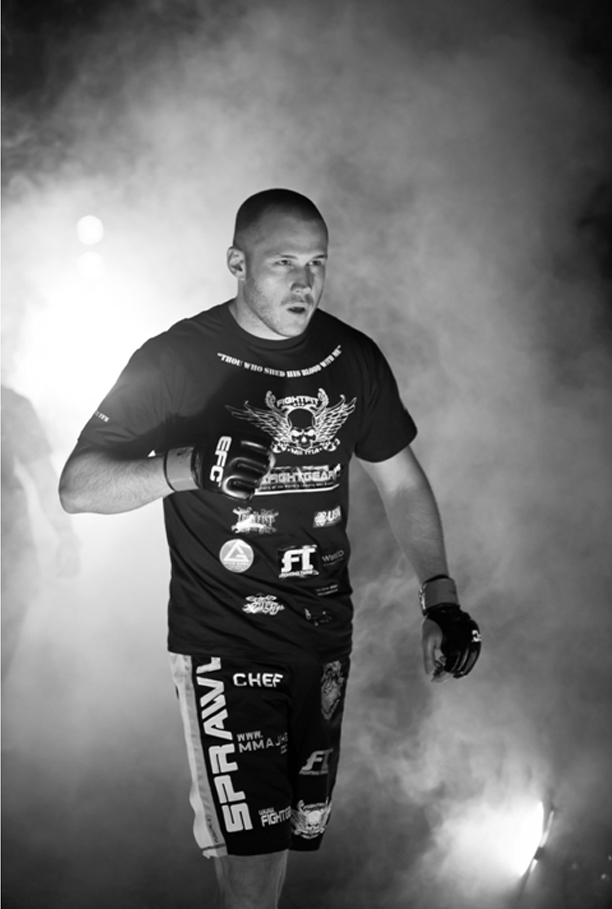 Johannesburg (South Africa) – Norman Wessels has been out of action ever since his title fight against current light heavyweight champion JP Joubert. Not much has been known about his condition in the intervening time. Today he gave an exclusive interview ahead of his return to the hexagon later this year. He reveals that he has been plagued with serious health issues, a revelation catalysed by his last fight.

“About two and a half years ago I started to battle with recovering from training sessions,” says Wessels, speaking from EFC AFRICA’s offices. “The last week before my fight I was very fatigued but didn’t give it much thought as a tough day at the office was a regurlar occurance. As soon as I stood up at the end of the first round with JP my head started spinning. My vision went hazy and warped, my tongue started swelling up. I didn’t know what was going on.”

His condition worsened once he left the hexagon.

“I passed out on the way to the medical,” says Wessels. “I was hyperventilating, overheating, I couldn’t get my breath. They thought I had cracked ribs but luckily the doctor had the presence of mind to do a insulin test. He asked me if I was diabetic as I was bordering on a level 23 count. I said no. Shortly after that I was on the gurney to hospital.”

“I woke up in hospital. They gave me all kinds of medication. They did tests and the first topic of discussion was the diabetic attack and the toxicity levels of my blood. I was told I was in diuresis and that it had started during the fight. Every half hour to forty five minutes I was peeing out a litre, litre and a half of fluid. They stabilised me with repitive drips and medication.”

Further tests and visits to different doctors were to reveal the full extent of Wessel’s condition – a different picture from the initial assumption that it was the effects of a poor weight cut and diet.

“They discovered that I have Chlamydophila Pneumoniae ,” he says. “It got into my lungs through a small tear, from there into my bloodstream and then into my small intestine ultimately causing my blood to be poisoned by undigested, rotting food. My white and red blood cells were dying off faster than they could regenerate leaving me in a constant acidic state, an ideal breeding ground for parasites and fast tracking me to talks of cancer. My kidneys and liver couldn’t cope with cleaning and filtering.” “It’s a condition that one out of four people suffer from,” he adds, “whether it goes active or not is dependent on the situation.”

It is now roughly nine months since Wessels was diagnosed. His treatment, he says, has been going well.

“I’ve been following an organic, natural path, which has changed things up for me. I got my final blood test back last week and the results are good. I’m feeling strong, there’s no long-term damage. I’m back in training, I’m back on it. I learned that the build up to a fight is a journey and there are many elements that can dictate the outcome, I have to be humble in losing and learn from it. My doctor told me that often, as athletes, we’re our own worst enemy. You push yourself through pain, sometimes you’re not aware of what’s going on with your body. It was a close thing. No one could have predicted the outcome. I could have dropped outside the ring. It could easily have been over.”

EFC AFRICA matchmaker Graeme Cartmell is considering an opponent to face Wessels in May or June.