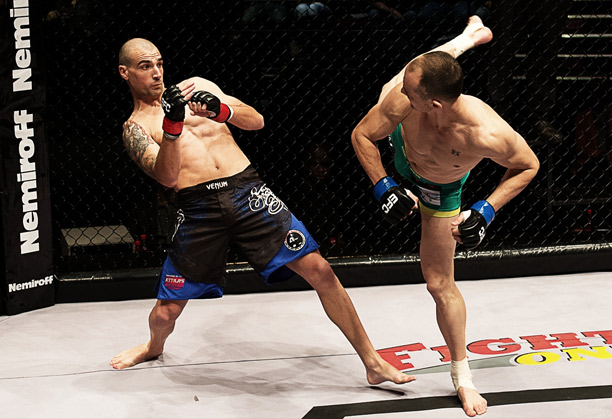 Johannesburg (South Africa) – EFC ARICA 19, held at Carnival City on April 19 was a night to remember. The prelim card yielded all three awards in submission of the night going to Frederich Naumann vs David van Schalkwyk, fight of the night to Markus Taljaard vs Peter Nyide and knockout of the night to Sors Grobbelaar vs Wilhelm Strauss. The main card, where featherweight champion Demarte Pena retained his title, proved perhaps even more successful with many tipping it to be the most memorable in recent history.

Despite the high powered action seen on the night injuries were relatively minor with Peter Nyide coming off the worst with fractures in both hands, a testament to the energy he and Taljaard poured into their encounter. Of the 13 bouts five ended by unanimous decision, two by submission, two by technical knockout, one by knockout, one by split decision and one by split draw.

All athletes are healing well with Peter Nyide expected to return to training next week, and to be back to full contact in four weeks’ time.