EFC AFRICA 19: Where To Watch 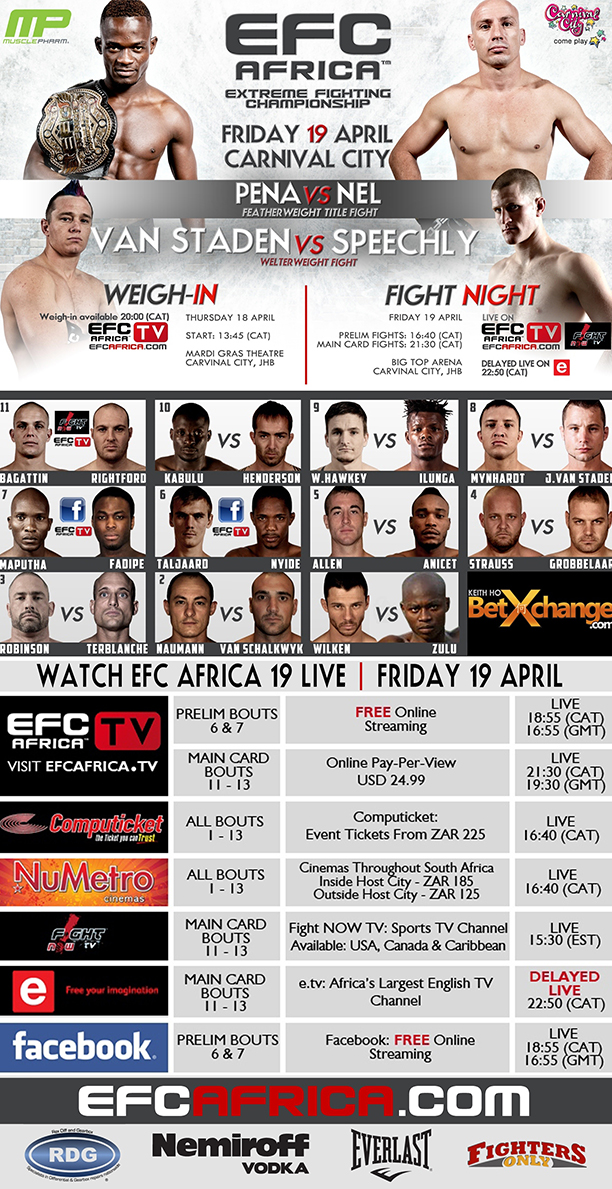 Johannesburg (South Africa) – It’s only five days to round two of the Africa’s biggest MMA event for 2013. EFC AFRICA 19, to take place on April 19 at Carnival City, is set to smash with a full fight card boasting stars from the first fight to the last. There are various ways to make sure you experience all of the action. Here’s how:

• e.tv – 3 main card bouts: EFC AFRICA will be broadcast delayed live throughout Africa! e.tv will broadcast three main card bouts from 22:50 (CAT). Simply tune in to e.tv from any of the 49 countries that receive e.tv and see Africa’s finest go to war!

• efcafrica.tv – 3 main card bouts: All the main card action of Africa’s biggest MMA event is just a click away at efcafrica.tv. Purchase the evening’s three main bouts for less than USD25 (only R195). Once purchased, bouts can be viewed as many times as you like within 24 hours. Bouts will be available for purchase before, during and after the event takes place.