I Am The Ninja 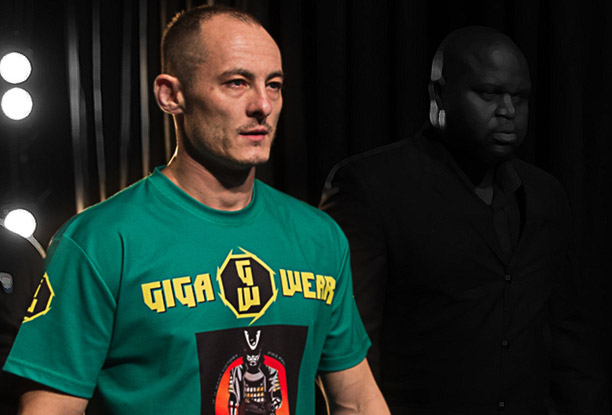 Johannesburg (South Africa) – Last week Johan ‘The Gun’ van Staden hit back at Frederich ‘Ninja’ Naumann, asking ‘who is he?’ over comments Naumann made about Van Staden’s potential conditioning ahead of their bout at EFC AFRICA 20. Here Naumann responds:

What is Frederich Naumann going to do to Johan van Staden?
I’m going to pressure him. I’m going to attack him aggressively and the fight is going to be at my pace, a brutal pace. Eventually I’m going to tire him out and if I don’t take him out on his feet I will submit him. Johan van Staden isn’t serious about the title, he’s only there for the paycheck.

Why is Frederich Naumann called the Ninja?
I was in a bar, this was years back before I began competing. We were playing pool and having fun when this guy started messing with my friend, hitting him around and such. I told him to stop but the bouncers got involved and we got thrown out. Outside this guy kept going so I gave him a leg kick then one to the head. Lights out. His friend came. Lights out. Two guys down. Two weeks later I was in a shop and I saw this guy walking, limping. He looked familiar. My sister went to talk to him and found out that he was limping because he was attacked by a Ninja two weeks ago in a bar. The name stuck.

What else does Frederich Naumann want to say?
When I was a little boy I watched a movie about a Ninja. Guys were shooting at him, six or seven guys, and all the bullets missed. What I realized then, I was seven years old, was this: Ninjas dodge bullets. Don’t blink when you fight a Ninja, because you’ll lose a limb.