“I hope Graeme has a replacement for me” 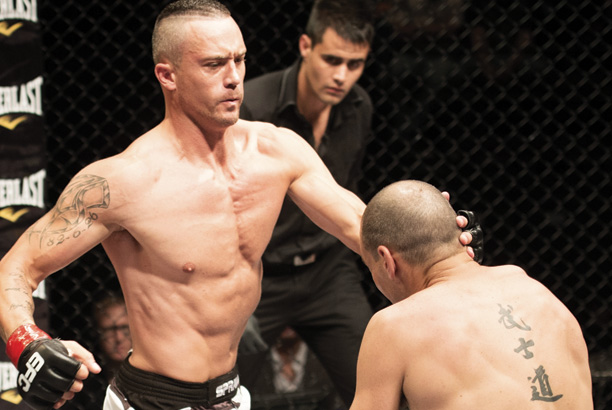 Johannesburg (South Africa) – Juan ‘Legacy’ Lubbe will do battle with the legendary Neil ‘The Original’ Diesel at EFC AFRICA 20. Lubbe has his doubts about whether Diesel will actually go through with their fight based on is record of pulling out of fights in the past, and whether his opponent deserves his legendary status.

“With Neil it always seems to be some sort of injury,” says Lubbe. “Knee, rib. I hear he’s pulled off of three fights in the EFC over the years. He’s only actually fought for EFC once. How can he be such a legend? I hope Graeme has a replacement for me.”

“I’ve never pulled out,” says Lubbe. “My fight with Dino [EFC AFRICA 08] I had a hernia the size of a tennis ball. I had an intercostal muscle injury before David van Schalkwyk [EFC AFRICA 18]. I could only do light sparring for three weeks but I still took the fight.” “I’ve built a career on hard fights and hard lessons. I fight if I say I’m going to fight, I don’t back down.”

Lubbe took a two year rest from top MMA competition between April 2011 and March 2013. He sees this as another factor in his dominance leading up to June 27.

“I took time off because I wasn’t able to fight, I wasn’t in the right frame of mind. I made a decision to stay off the card and now I’ve made a decision to come back. How committed is he?” “Neil is a hyped up fighter that was good back in the day, when MMA was tiny,” he continues. “He’s got fancy movements, all from back then. The sport has evolved, we’ve all evolved. What does he bring today? He’s going to be full of cage rust. I can’t see him competing at all.”

“He thinks I’m a stepping stone,” says Lubbe, “but it’s the other way around. He hasn’t earned the name he has in the Hexagon.” “I’m training hard for this fight, I’m ready for it, I’m ready to go all the way. My only worry is that he doesn’t pitch up on the night. Will he actually fight? That’s my concern.”

“I hope he fights, and I hope there are no excuses about an injured knee cap,” he concludes. “I’m showing no mercy. I’ll kick it in if I have to.”