“This Is Ending In The First”

Potts predicts a KO for the Apocalypse 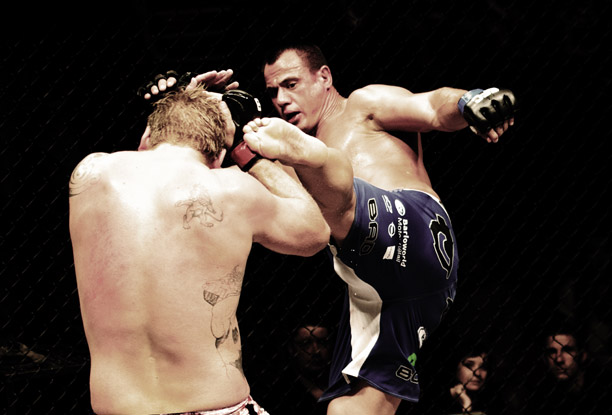 Johannesburg (South Africa) – Former heavyweight champion Ruan ‘Fangzz’ Potts returns to the Hexagon in a massively anticipated matchup with Congolese power puncher Ricky ‘Apocalypse’ Misholas at EFC AFRICA 20. Potts is bouncing back from a five round loss against Andrew van Zyl, the first in his career, and is looking to prove a point.

“Andrew and my last matchup went very well,” he says of his last bout. “In that fight I learned that we are both warriors, we can both go the distance and we now both have one victory over each other. I’m looking forward to challenging him again and setting that straight, but for now my focus is Ricky.”

“Ricky has a very good boxing base,” says Potts of his opponent. “He’s got knockout power but whether those punches are going to land is another story. He’s offensive, in your face, but he also likes to sit on his back foot, waiting for the KO opening. With me you can’t be on the back foot. I’ll punish you.”

Potts is renowned for his incredibly tough ground game and ability to handle any level of pressure. In his last bout he revealed a new element to his arsenal with punches and kicks that battered Van Zyl, causing the newly crowned champ to say “he kicked my ass in the standup” in his post-fight interview. Will Potts want to stand and trade with the Apocalypse?

“Everyone has a ground game,” says the former champion, smiling at the question. “I aim to be better with every fight.” “This fight will not go the distance,” he adds. “This time round I’m not going to be wasting time. I’m not interested in going three rounds, this is ending in the first.”

“My objective is to win,” he concludes, “it’s that simple. I’m here to get my belt back. I’ve got to climb the ladder again, Ricky is one of the rungs on the ladder. That’s it.”