“You Can Be As Arrogant As You Want… Costa Is Coming”

Journey to the Hexagon causes controversy 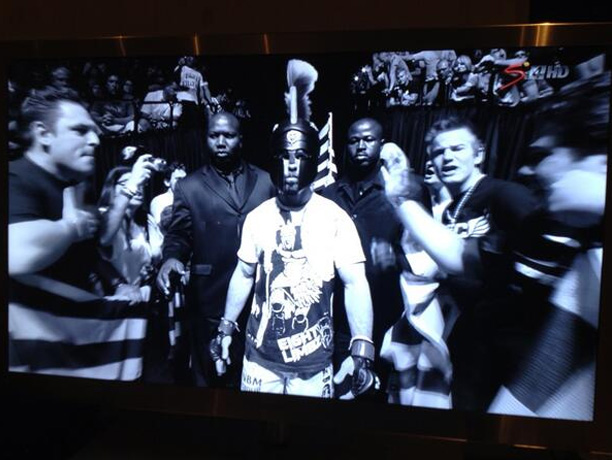 Johannesburg (South Africa) – EFC AFRICA 20: Journey to the Hexagon premiered on SuperSport on Friday, 14 June. The show lit up social media waves with searing commentary coming in from all sides, particularly regarding the lightweight title bout between champion Costa Ioannou and Don Madge.

“Please knock the champ out!” Tweeted one Madge fan. “Watching journey to the hex! Hit Chef in the face too! Need to level these okes!”

At one point in the programme Madge responded to claims that he did not have the same experience level of the champion by saying, “He [Ioannou] has had three more fights than me. What experience is everyone talking about?”

Ioannou responded by saying, “he’s got the Muay Thai experience, but he’s never faced anyone with a full skillset.” “You can get your fans to do what you want, you can be as arrogant as you want. On the 27th of June, Costa is coming.“

Twitter exploded with support and counter for both the champion and the challenger. Re-postings of Madge’s quotes were put out, as well as reiterations of Ioannou’s coach Rodney King’s assertion that currently Ioannou is untouchable on the African continent, giving Madge no chance at all.

Social commentary didn’t end on the night either. “Dude, elbows cut deeper than swords, show Costa that!’ was retweeted by Madge yesterday, while the champion tweeted just before the show: “this time in two weeks I will be sleeping in… Can’t wait to get in there and do my business.”

With the EFC AFRICA 20 weigh in only one week and one day away, and fight night only nine days from now, anticipation for the most talked about title fight in EFC AFRICA history is reaching fever pitch. With champion and challenger openly baiting each other and neither backing down, June 27 is going to be an unforgettable night.”

“I’m going to take all your dreams away from you,” said the champion directly to Madge at a press conference recently, “on the night you’ll discover what you’re really in for.”